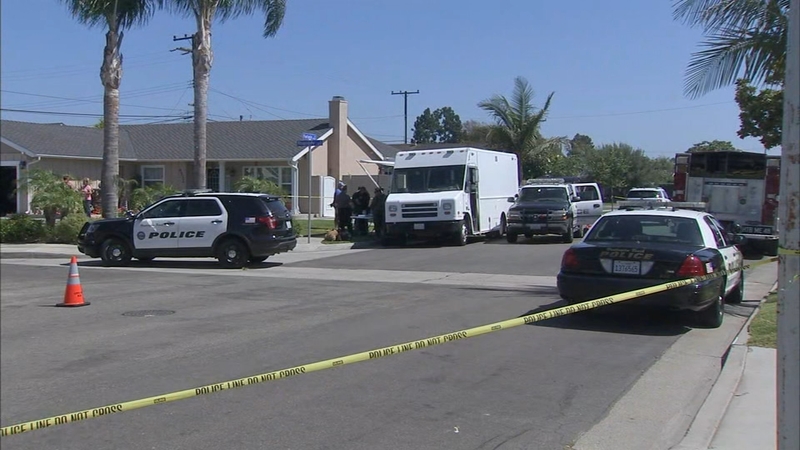 1 dead, 3 others injured in shooting at Huntington Beach home

HUNTINGTON BEACH, Calif. (KABC) -- A real estate professional was killed and three people were injured in a shooting at a Huntington Beach home, believed to have stemmed from a family dispute over property, authorities said.

The incident occurred Saturday morning in the neighborhood south of Edinger Avenue, between Bolsa Chica Street and Fantasia Lane, according to the Huntington Beach Police Department.

A spokesperson for the agency said officers responded to the scene and rescued four people from the front yard and backyard of the residence.

All of them were transported to the hospital with gunshot wounds. One man did not survive the injuries, but the three others are expected to recover. Police believe the shooter may be among those hospitalized.

"What we know is it appears to be an ongoing family dispute over a property here, a residence. Some real estate professionals came today to view the property when the shooting occurred," said the police department's Julian Harvey.

Neighbors say after the elderly man who owned the home died, a son who lived with him got in a bitter dispute with his siblings over the property.

"I spoke to him, but I didn't know what was going on with the situation," said Don Pruette. "Apparently there was a lot of issues with what do we do with the house now."

Neighbors are saddened that a disagreement over property ended with tragedy.

"One wanted to sell, one wanted to keep the house and that's not the way to work it out," Pruette added.

None of the victims have been identified.

Officers had set up a perimeter in the area, evacuated some nearby homes and summoned a SWAT team to the location, the spokesperson said. In a tweet, police asked the public to avoid the area.

Due to an ongoing investigation, we are asking everyone to avoid the neighborhood south of Edinger, btwn Bolsa Chica & Fantasia. While the area has been secured & there is no current safety threat, we ask all residents in the area to please stay indoors while officers clear out.