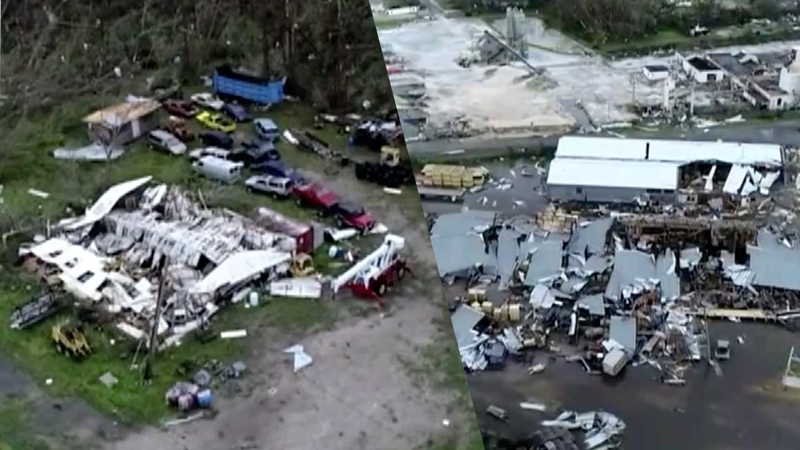 After Hurricane Michael made landfall on Wednesday as a Category 4 in the Florida Panhandle, it left behind leveled houses and downed trees.

Aerial footage shows the extent of Hurricane Michael's destruction in and around Panama City, Florida.

The storm has left more than 900,000 people without power. It is expected to move through North Carolina and Virginia before going offshore on Thursday or Friday.