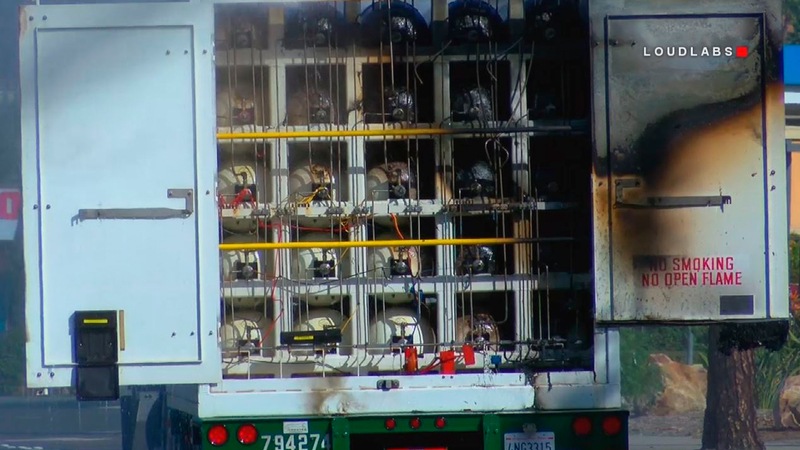 DIAMOND BAR, Calif. (KABC) -- An explosion on a semi-truck hauling a payload of compressed hydrogen tanks Sunday afternoon prompted authorities to evacuate hundreds of people from nearby businesses in Diamond Bar.

The incident happened near the intersection of Golden Springs Drive and Brea Canyon Road, as the big rig was hauling 20 individual 50-gallon tanks filled with hydrogen, according to the Los Angeles County Fire Department.

Firefighters responded to the scene at about 1:30 p.m. and doused the vehicle with water as sheriff's deputies closed the street. A hazardous materials team was also summoned to the location.

Eight of the tanks were damaged.

About 500 people were evacuated from surrounding businesses.

Firefighters managed to put out the truck fire shortly before 4 p.m., according to the county fire department.

There were no reports of injuries.

The company transporting the fuel, Air Products and Chemicals Inc. was sending somebody to the scene to release the hydrogen that remains in the 17 tanks.