'I saw a lot of blood': Mistress details gory scene in man accused of killing fiancee 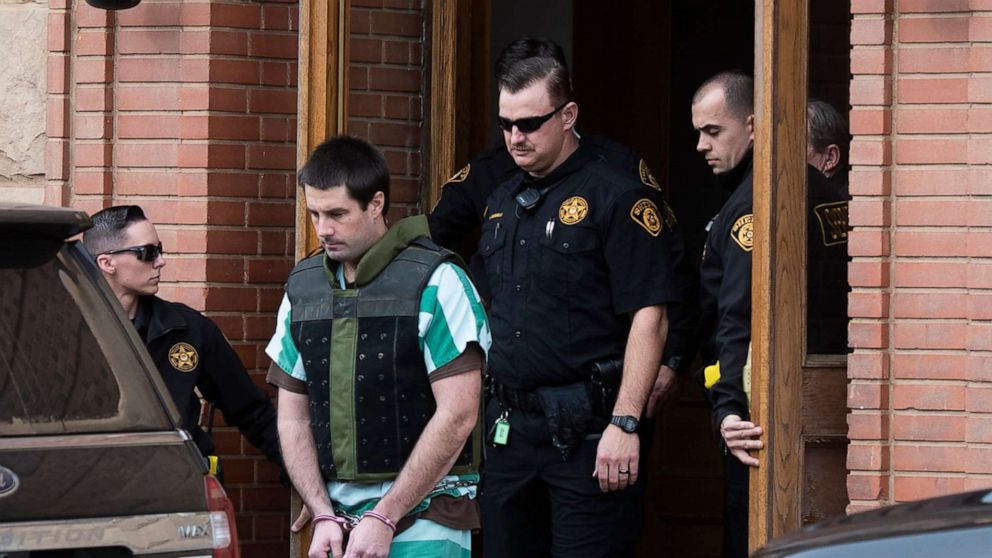 The Colorado man accused of killing his fiancee in a vicious assault in her home came face-to-face with his ex-girlfriend on Wednesday, as the prosecution's star witness described a gruesome crime scene with blood covering the walls of his fiancee's condo.

Frazee was arrested in December, accused of first-degree murder, and began facing trial last week. His ex-girlfriend and later mistress, Krystal (Lee) Kenney, claims she was called to help clean up the alleged murder scene. She has pleaded guilty to one count of tampering with physical evidence and is awaiting sentencing once Frazee's case concludes.

Prosecutors allege the attack unfolded on Thanksgiving at Berreth's Woodland Park, Colorado, home as the couple's baby sat in a playpen in a back bedroom.

Frazee allegedly blindfolded Berreth and had her guess the scents of different candles, according to an arrest affidavit. While Berreth was distracted, Frazee allegedly repeatedly smashed her with a bat, which ultimately killed her, the document said.

Kenney, the ex-girlfriend, has claimed that Frazee had three prior plots for killing Berreth, including one that involved Frazee asking her to poison Berreth's favorite Starbucks drink, a caramel macchiato, according to investigators. Kenney claimed she and Frazee discussed potential drugs that were easy to access because Kenney was a nurse, an investigator said.

On Wednesday, Kenney testified that at one point Frazee tried to convince her to kill Kelsey, which he said needed to be done because Kelsey was supposedly abusing the couple's 1-year-old daughter, Kaylee.

He allegedly asked her if she had a baseball bat and told her to "just swing away," according to her testimony.

Kenney also offered gory details about the night when Frazee allegedly killed Berreth, hitting her with enough force to dislodge her teeth.

She said Frazee called her "rattled" on Thanksgiving night, asking her to come to Colorado saying, "He told me that I had a mess to clean up."

Kenney was already on the road when she received another call from Frazee, saying -- for the first time -- that she had a lot of "blood" to clean up.

"Part of me was scared that he really had done it," she said. She said he told her most of the blood was in the living room and asked her to "look in the vent to see if there was a tooth in the vent."

"There was blood splattered on the east wall, taller than me," Kenney testified. "There was splatter, on stuffed animals, an exercise ball, a cedar chest. It was on the west wall, on the sink, the stove, on the dishwasher. The majority was on the hardwood floor in the living room."

She testified she cleaned up the blood, fearing for her own life, but intentionally left spots police might be able to find later.

"I shut the door and stood there. I was thinking about how bad it was, and how it was bad," she said. "And how I was probably next. I didn't know what to do."

Kenney testified Berreth's last words, as told to her by Frazee, were "please stop."

The pair drove 45 miles back to his ranch where he dumped Berreth's body, in a black duffel bag, into a metal trough and burned it, she testified.

Kenney and Frazee dated in 2006, and after they broke up, Kenney married a man named Chad Lee. But Kenney testified Wednesday that she was still in love with Frazee when she got married.

The exes later reconnected, and she testified that after meeting up in 2015, "We ended up having an affair."

In March 2016, Kenney said, she found out she was pregnant with Frazee's child. Kenney said she ended the pregnancy, but lied and told Frazee she had a miscarriage. She filed for divorce from Lee in May 2016.

In March 2018, which was after Frazee and Berreth's baby was born, Kenney testified that she met Frazee in Colorado and they "made love" at his home.

Kenney testified that Frazee never mentioned that he had a baby and that she eventually found out from a mutual friend.

Prosecutors argued in opening statements that Frazee was mentally abusing Berreth and wanted custody of their child. They presented a theory that when Berreth talked about possibly moving, Frazee panicked and enlisted the help of his former girlfriend to kill her.

But the defense tried to cast doubt, arguing in opening statements that Frazee's clothes weren't bloody and he did not have injuries on his body.

The defense has also pointed out that the victim's body and the murder weapon have never been found.

Frazee's older brother, Sean Frazee, who is a Colorado Springs police officer, testified Tuesday that the family sat down for Thanksgiving dinner at 3 p.m.

Patrick Frazee did not show up until 5 p.m. and had his and Berreth's baby with him, Sean Frazee said on the stand. Investigators believe Patrick Frazee had already killed Berreth by the time he arrived at dinner.

Berreth's supervisor, Raymond Siebring, testified Monday for the prosecution that he received a text from the young mom's phone the night of Thanksgiving. This text did not have an exclamation point or a smiley face, which was unusual for messages from Berreth, Siebring testified.

Days later, on Nov. 25, Siebring said he received a text from Berreth's phone to say she would be out of work the next week to see her grandmother. Siebring described that as unusual and said Berreth had never asked for a week off over text.

David Felis, a Verizon store employee, testified Monday that Patrick Frazee came into the store on Dec. 4 asking questions about security of phone accounts and how information could be retrieved. Felis described Frazee as "extremely frustrated and upset."