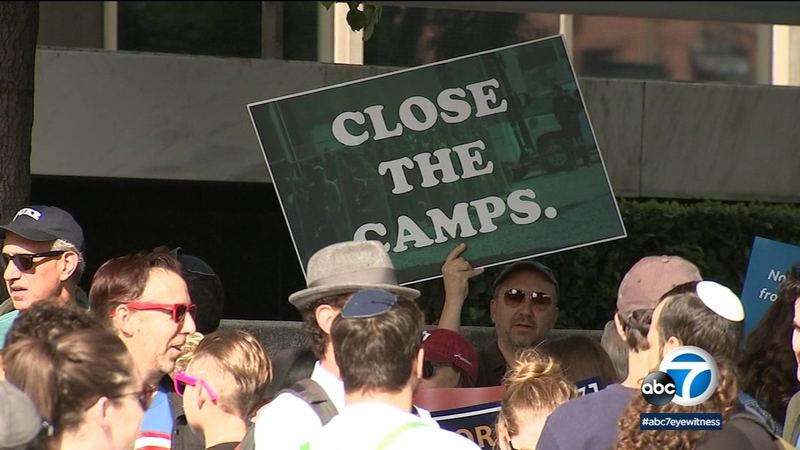 Dozens of protesters gathered outside the Metropolitan Detention Center on Aliso Street, urging lawmakers to shut down the facilities and protect the safety of migrants.

Those who participated demanded an end to the Trump administration's detention centers for migrants, refugees and asylum seekers.

Another "Close the Camps" protest was held in early July, one day after a congressional delegation visited several Customs and Border Protection facilities and reported migrants being held in unsanitary and inhumane conditions.

California Congresswoman Judy Chu also toured some of the centers, which she described as "appalling" and "disgusting." She said in a video posted on her Twitter page that she spoke with detainees who said they did not have access to running water, and one migrant woman who claimed a border agent told her to drink water from a toilet.