A man was shot and killed by deputies in Inglewood after he allegedly pointed a gun in their direction, authorities say.
KABC 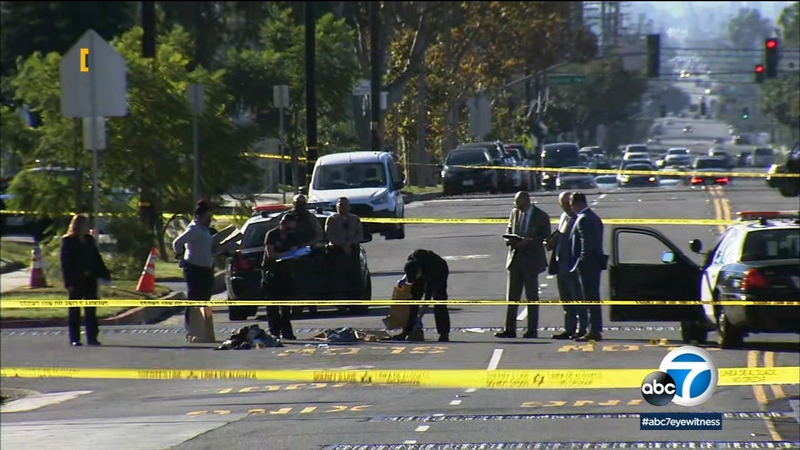 INGLEWOOD, Calif. (KABC) -- A man was shot and killed by deputies in Inglewood early Sunday morning after he allegedly pointed a gun in their direction, authorities said.

The shooting happened just before 2 a.m. near Van Ness Avenue and 111th Street, where Los Angeles County sheriff's deputies responded to a call regarding a man with a gun standing in the middle of the street.

According to the L.A. County Sheriff's Department, when deputies arrived at the scene, the man was pointing the firearm at a passing vehicle.

Deputies ordered him to drop the weapon, but the man turned and allegedly pointed it at the direction of the deputies, who then opened fire.

The man was taken to a hospital, where he was pronounced dead.

Authorities said they recovered a revolver at the scene.

An investigation is ongoing, and authorities are looking for more witnesses and surveillance video that may have captured the incident.