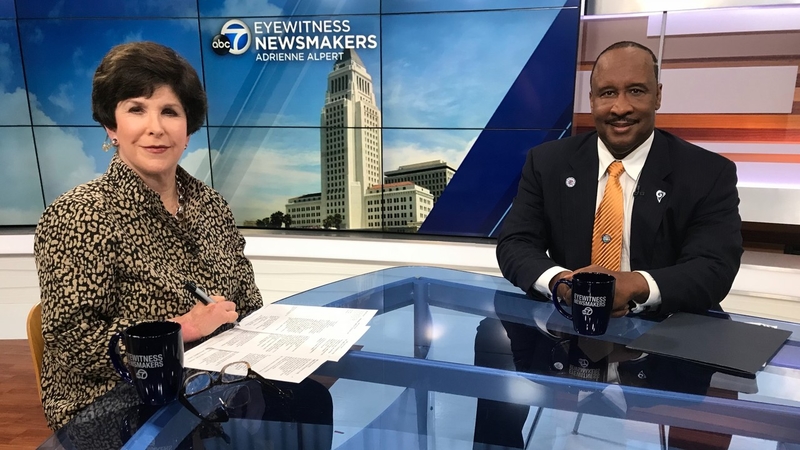 Real estate values have increased 137 percent since 2012, giving homeowners a legacy for their children, and rent is still among the lowest in the South Bay.

With L.A. Stadium at Hollywood Park 40 percent complete along with The Forum and the Clippers planning a new arena, construction is booming. Projects require at least 30 percent local hires, and Inglewood unemployment has decreased by two-thirds, down to 5.5 percent from more than 17 percent.

Residents say that as leases run out, property owners with either not renew or they will raise rents sky-high, displacing thousands. Butts called the claim "hyperbole."

The stadium, which will be home to the L.A. Rams and Chargers is set to open in 2020, one component in a development that includes housing, offices and retail.

Clippers owner Steve Ballmer wants to move his team to a new arena when his lease at Staples Center expires in 2023. The owners of The Forum, who spent $100 million on its renovation, say they'll sue the city the city to block a competing arena less than two miles away.

Residents say the vacant lots should be used for low-cost housing. The mayor said the property is in the LAX flight path and cannot be used for housing. He said the Forum and the stadium are working out an agreement for parking so the Forum won't need the property. In Sacramento, AB987 has been introduced to streamline the environmental review process that limits the time for objections to nine months. Other teams have used similar legislation to build their arenas.

While the big arenas battle it out, Inglewood is welcoming smaller projects as well. Youth Orchestra Los Angeles is moving to Inglewood. Architect Frank Gehry is lending a hand on the remake of a 1960s bank building that will help the music program grow. The Girl Scouts are moving their L.A. headquarters to Inglewood. Verizon has chosen Inglewood as the first city in which to try a 5G network.

Metro is building two Green Line stations. The Hilton is breaking ground on a hotel. A large senior center has just been completed. PATH is building 40 low cost senior housing units. Plans for apartments and condos are underway.