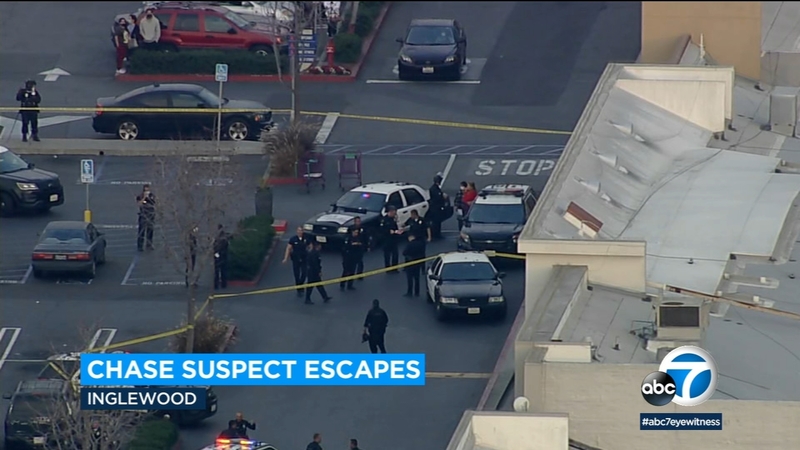 INGLEWOOD, Calif. (KABC) -- A lengthy apparent barricade outside an Inglewood shopping center ended after several hours Tuesday evening when police were able to determine the suspect had actually fled the area before they arrived.

The incident started around 4:30 p.m. with a traffic stop at Manchester Boulevard and Figueroa Street.

Los Angeles Police Department officials say the driver failed to comply with orders and instead backed the vehicle toward officers. They opened fired at the vehicle but no injuries were reported.

The vehicle fled but an LAPD helicopter spotted it a short time later. The suspect abandoned the vehicle in the shopping center's parking lot and fled into a store.

Dozens of officers surrounded the complex at Imperial Highway and Crenshaw Boulevard after the short chase.

Police said later there was no indication the suspect held anyone hostage inside the store.