Ca'Shawn Ashley Sims, also known as Cookie, was last seen nearly a month ago on Sept. 8 in the 2100 block of Broach Avenue.
KABC 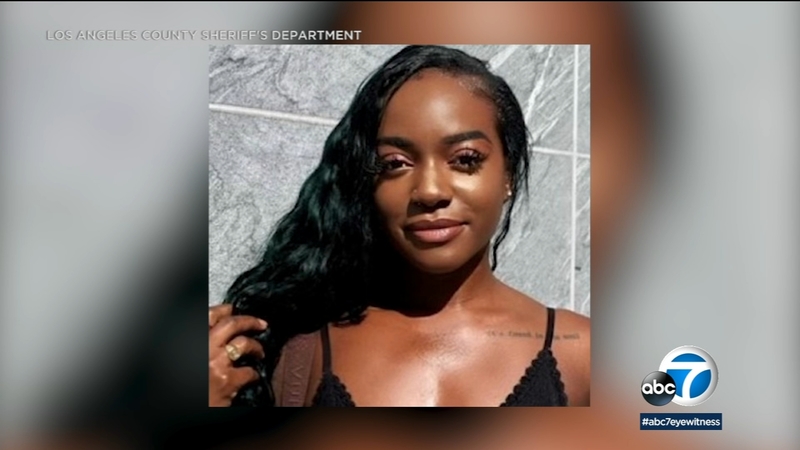 DUARTE, Calif. (KABC) -- A popular Instagram fitness influencer has been reported missing in Duarte, and her family is growing concerned for safety.

According to the Los Angeles County Sheriff's Department, 30-year-old Ca'Shawn Ashley Sims, also known as "Cookie," was last seen nearly a month ago on Sept. 8 in the 2100 block of Broach Avenue.

Her mother spoke with ABC7 on Wednesday and said Sims struggles with mental health issues brought on by COVID-19.

She's being described by authorities as a Black female with black shoulder-length hair and brown eyes.

Investigators say Sims has several tattoos, including one that reads, "It's found in the soul" located on the left side of her collarbone.

She has another one that reads, "Earth" located on her left forearm and one that features writing in Spanish on her back.

Sims has a large following on social media, including more than 215,000 people on her personal Instagram account alone.

An account used to promote her fitness products, titled Beauty by Cashawn, has more than 12,000 followers.

Anyone with information is urged to contact the Los Angeles County Sheriff's Department's Missing Persons Unit at 323-890-5500.