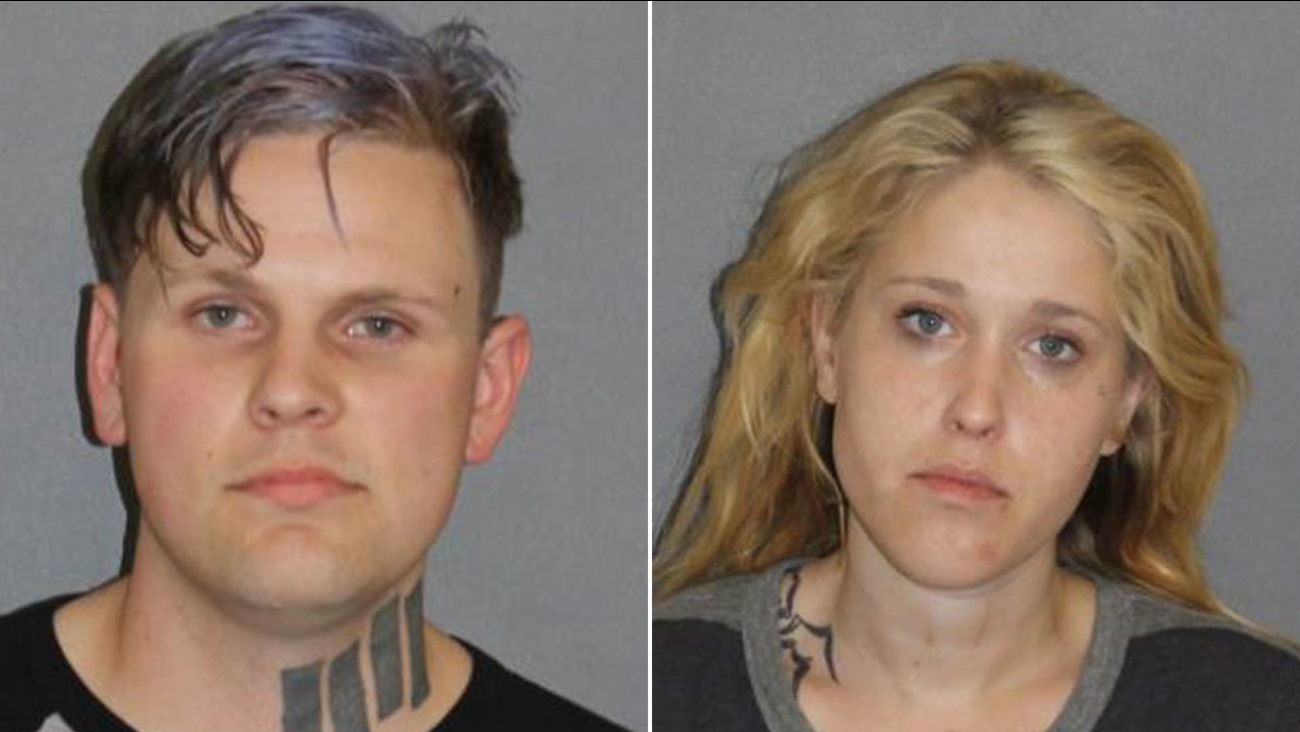 Christopher Shopshire, 26, and his wife Stacie Shopshire, 25, are shown in mugshots. (KABC)

IRVINE, Calif. (KABC) -- A married couple who were both on parole were arrested on suspicion of various drug and counterfeit money charges Thursday in Irvine.

Both were on parole for previous crimes involving drugs, robbery, burglary and fraud, authorities said. During the stop, the Shopshires were also found in possession of an undisclosed amount of counterfeit $100 bills.

Irvine officers then conducted a search of an Irvine home and an Orange motel connected to the Shopshires. In the home, authorities found methamphetamine, heroin, prescription pills, fake checks and equipment for making counterfeit bills. Authorities found additional counterfeit money, a knife and a baton in the motel, police said.