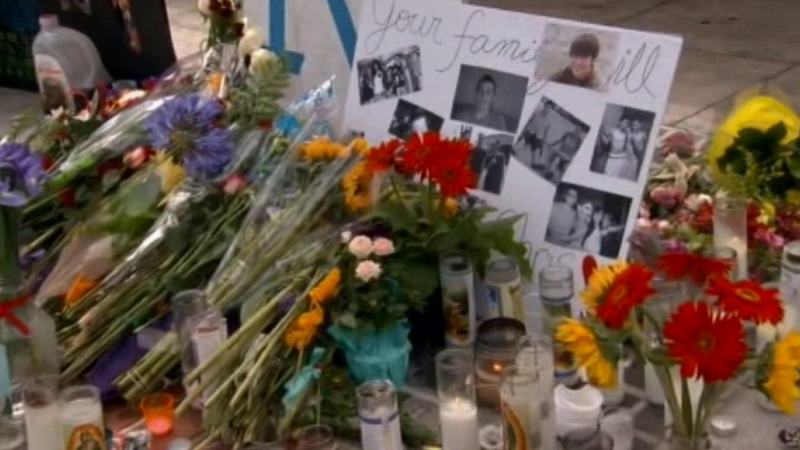 ISLA VISTA, Calif. (KABC) -- One year after the Isla Vista massacre, the horror of the events that led to the death of seven people lives on.

For Richard Martinez and Bob Weiss, Monday's visit to a newly dedicated Isla Vista Love and Remembrance Garden was a time to remember the painful past, but also an opportunity to look to the future.

"It is hard to concentrate on my life when every five minutes I can see my daughter being shot to death in my mind," Weiss said.

"I can't accept the way my son died. We need to do better," said Martinez on the nation's gun laws.

Martinez believes common ground can be found with the powerful gun protection lobby.

"We can all agree that felons, domestic abusers and the seriously mentally ill should not have guns. It's just common sense," Martinez said.

Weiss also placed an emphasis on curbing activity that puts students at risk, calling Isla Vista a "cesspool for drunkenness."

Weiss points to raucous street parties that draw many who are not students and the tear gas used to control them.

Both hope to work multiple fronts to spare other parents a lifetime of pain.