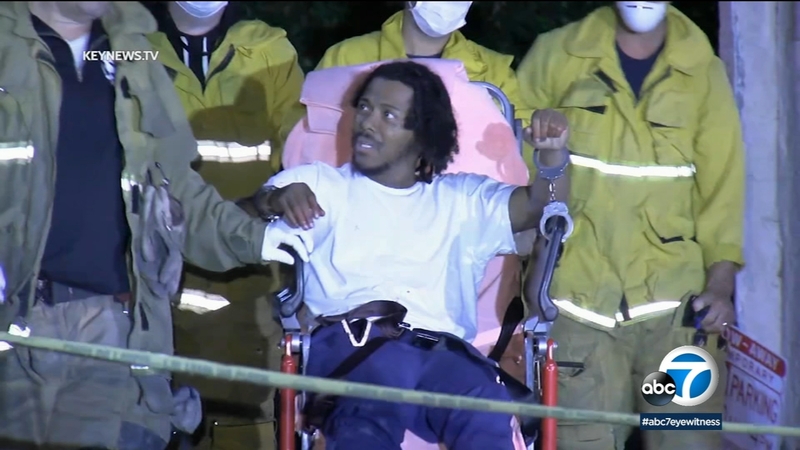 BEVERLY HILLS, Calif. (KABC) -- The man who pleaded guilty to murder in the shooting death of Jacqueline Avant at her Beverly Hills home was sentenced Tuesday to life in state prison with a minimum of 150 years.

Aariel Maynor, 30, had also admitted to other crimes committed on the morning of Dec. 1 in Beverly Hills and Hollywood.

Avant, the wife of famed music executive Clarence Avant, was killed during a burglary at the couple's house in Trousdale Estates.

Maynor, of Los Angeles, had faced the possibility of up to 170 years to life in prison.

During a March 3 hearing, Maynor pleaded guilty to killing the 81-year-old Avant, who was shot shortly before 2:30 a.m. Dec. 1 inside her home in the 1100 block of Maytor Place. He also admitted shooting at a security guard -- who was not wounded -- during the burglary.

Maynor -- who appeared in court in a wheelchair and wearing a suicide-prevention vest -- pleaded guilty to one count each of murder, attempted murder and being a felon in possession of a firearm, and two counts of residential burglary with a person present.
EMBED More News Videos

Aariel Maynor is set to be arraigned on a murder charge and other counts stemming from the shooting of Jacqueline Avant, the wife of music executive Clarence Avant, during a robbery in Beverly Hills.

He also admitted allegations of using an assault long-barrel pistol during the crimes, along with admitting prior robbery convictions from 2013 and 2018.

Maynor shot Avant in the back and later laughed and bragged about the killing, according to recordings played in court Tuesday.

Maynor bragged to a friend in a phone call from jail that he would serve only 20 to 25 years because Los Angeles County prosecutors did not file special circumstances murder that could have meant life without parole or the death penalty.

Maynor called a female friend from a Los Angeles County jail in December and laughed about the killing and the publicity surrounding it, according to one of the recordings.

Deputy District Attorney Victor Avila told the judge Avant was shot after confronting Maynor, who also fired "multiple shots'' at the couple's security guard, striking a vehicle. He subsequently broke into a home in the Hollywood Hills area and accidentally shot himself in the foot, the prosecutor said.

Los Angeles police responding to that burglary call found Maynor at the scene suffering from a gunshot wound to a foot, according to Beverly Hills Police Department Chief Mark Stainbrook.

"We are shattered," Avant's daughter, Nicole, said in a letter read aloud in court Tuesday. Nicole Avant is a former ambassador to the Bahamas and served as co-chair of Barack Obama's fundraising efforts in Southern California. She is married to Ted Sarandos, a co-CEO of Netflix.

Superior Court Judge Kathryn Solorzano noted that a report indicated the 2013 robbery involved a woman who was kicked in the face and knocked unconscious, and that Maynor had been released on parole for the 2018 robbery in September 2021, just a few months before Avant's killing.