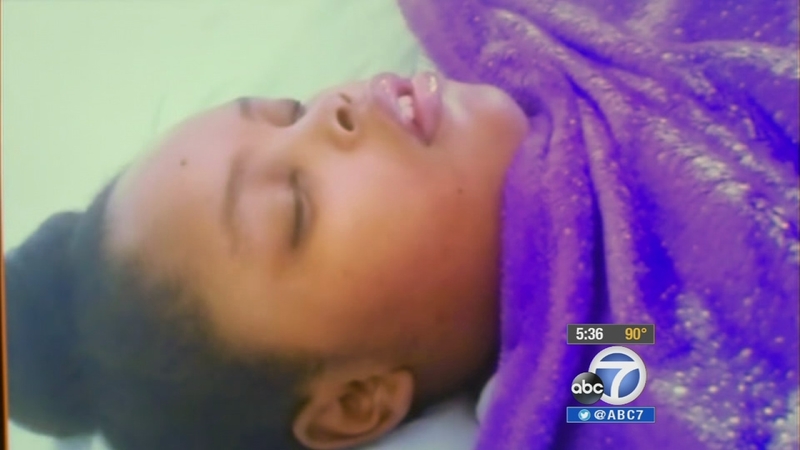 Her family later moved her to an disclosed hospital in New Jersey that agreed to keep her on life support.

Nailah Winkfield says her daughter responds to her verbal commands, proof she says that the Oakland teenager is alive despite having been legally declared brain-dead on Dec. 12.

A video clip taken by McMath's family shows Winkfield asking McMath to move her arm and McMath responds with a slight movement of her arm. In another clip, Winkfield asks her to move her foot and the girl does.

"I always knew cause I'm her mother, and I talk to Jahi, she responds so I said, 'she can't be brain-dead if she's responding,'" Winkfield said.

Winkfield and other family members gathered at their attorney Christopher Dolan's office Friday to present what they believe is evidence that McMath is not brain-dead. Dolan says he is working with doctors who say that McMath's MRI shows some brain activity.

Biomedical ethics professor David Magnus of Stanford University has not seen the so-called evidence, but doubts McMath is alive. He says it is common for people declared brain-dead to have random body movements.

"There's no evidence that patients who are brain dead can ever recover," Magnus said. "There is no recovery from death."

Dolan has scheduled a court hearing for Oct. 9.

He says experts are willing to testify on his client's behalf. He wants a judge to declare that McMath is not brain-dead so that her death certificate can be reversed. She could then return to California and get possible medical care.

"I always let her know as long as I'm living and as long as she has a heartbeat I will never let anybody disconnect her," Winkfield said.