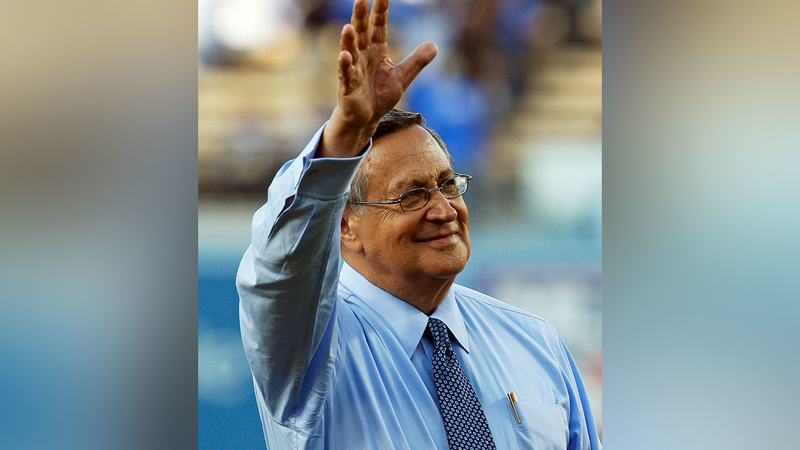 Jarrín announced his decision on Tuesday, saying he wants to spend more time with his two sons and grandchildren as well as travel. He turns 86 in December. Jarrín's son, Jorge, retired in February, ending the first father-son duo to broadcast baseball on MLB Spanish-language radio.

Jarrín has been calling Dodger games since 1959. In 1998, he was inducted into the National Baseball Hall of Fame in Cooperstown, N.Y. as the recipient of the Ford C. Frick Award and became only the second Spanish-language announcer to achieve that honor, joining Buck Canel.

In the 2005 book "Voices of Summer," Jarrín was named as baseball's all-time best Spanish-language broadcaster. He was also inducted into the Dodgers' Ring of Honor in 2018.

"I'm grateful to the Dodgers - the best organization in baseball - for giving me the opportunity to do what I love most for 64 years," Jarrín said in a statement. "As much as I'll miss my 'baseball family' at Dodger Stadium and across the country, I'm looking forward to spending more time with my sons Jorge and Mauricio and my grandchildren and nurturing my love of travel."


During his storied career, Jarrín has called three perfect games (Sandy Koufax in 1965, Tom Browning in 1988 and Dennis Martinez in 1991) and 22 no-hitters, 30 World Series and 30 All-Star games.
"It's impossible to put into words what Jaime has meant to the Dodger organization. For over six decades, he's brought us signature calls of baseball's biggest moments while serving the Dodgers and Los Angeles with grace, integrity and class," said Dodger President & CEO Stan Kasten. "Jaime was integral in introducing the Dodgers to Los Angeles and in giving a voice to the franchise's Latino stars. We're going to cherish this last year with him on the broadcast and wish him the best in retirement."

Plans to honor Jarrín during the 2022 season are set to be announced later.

Dodger Hall of Fame broadcaster Jaime Jarrín today announced that he will retire following the 2022 season, which will be his 64th season with the organization. pic.twitter.com/PHthb3BzD9