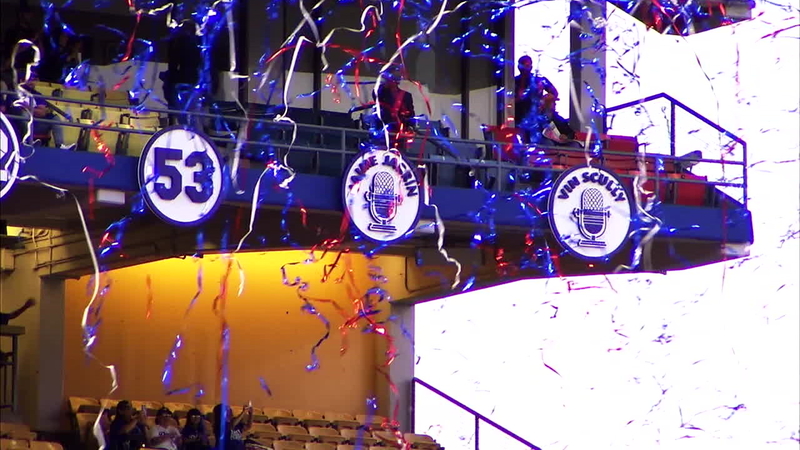 LOS ANGELES, Calif. (KABC) -- Los Angeles Dodgers legendary Spanish-language broadcaster, Jaime Jarrín, has been inducted into the Ring of Honor for his 60 years of service as the "Spanish voice of the Dodgers."

Since 1959, his voice has reached beyond base hits, homeruns and wins -- and into the homes of Latinos, L.A.'s largest ethnic community. His voice is recognized as a bridge between America's favorite pastime and Spanish-speaking homes across the country and Mexico.

"He's one of the classiest human beings I've ever been around and been a part of," former MLB Dodger player, Nomar Garciaparra said. "Growing up in LA, being Latino, so excited and proud to know that someone like that represents us."

"There's something about his voice," L.A. Dodger, Enrique "Kiké" Hernández expressed. "It's been an honor to be able to play for Jaime's voice."

Jarrín feels blessed to be a part of the Dodger family. For the Ecuadorian-born broadcaster the past six decades have been a dream job, and he's grateful to the Dodgers organization.