One to watch: Jaime M. Callica's career is on the rise with his new Disney Channel movie and upcoming horror film executive produced by Spike Lee.
OTRC
By Andrea Lans 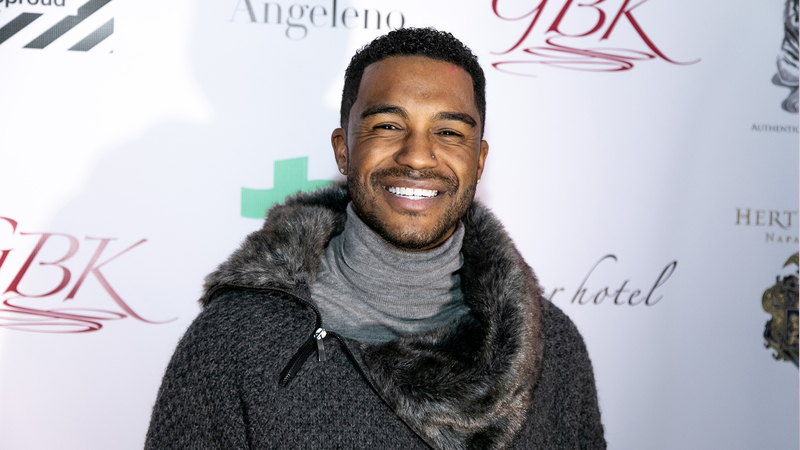 Jaime M. Callica has been dubbed a rising star and "one to watch" in Hollywood. The actor stars in the Disney Channel original movie "Upside-Down Magic," based on The New York Times bestselling fantasy children's books of the same name.

"It's a movie that little kids and adults alike can watch and really enjoy," Callica said. "I think everybody's gonna sit down and watch that movie and really [going to] be on the edge of their seat, not knowing what happens next."

The film follows best friends Nory (Izabela Rose) and Reina (Siena Agudong) as they navigate their powers at the Sage Academy for Magical Studies. After Nory's powers are deemed "wonky" and not acceptable, she is sent to the school of UDM (Upside-Down Magic) and discouraged from practicing magic.

"Izabela, who plays my daughter, is hilarious. She's going to be a star," Callica said of the young actress.

As the Disney Channel movie is based on a series of novels, Callica hopes audiences will enjoy the first movie and potentially spark interest in bringing another to life.

Callica also recently wrapped post-production on "Tales from the Hood 3," executive produced by Spike Lee. Not only did Callica fulfill his dreams of working alongside the Oscar-winning filmmaker, but he also got to check off playing a villain from his acting bucket list.

"I think it's my best work. I got to see a few clips of it and I can't wait," Callica said of the film, expected to come out later this year.

Callica, who can also be seen as Agent Brian Rollins in Tyler Perry's "Ruthless," is on the rise, compared to his career just a few years ago when he couldn't book a job.

"I made some real adjustments a few years ago and that's when it started to happen. So it's really nice to look back and see where I started and the progression," Callica said.