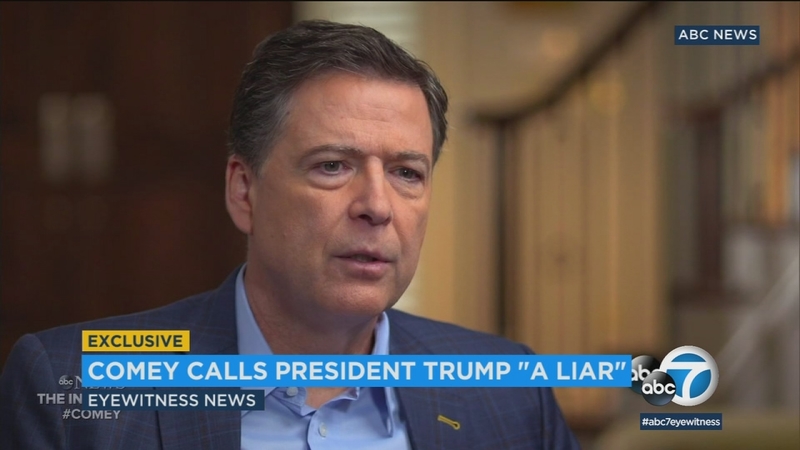 Comey said he believes the president is a liar and is morally unfit for office.

He said a person "who lies constantly about matters big and small and insist the American people believe it, that person is not fit to be president of the United States."
The interview comes ahead of the release of Comey's book, "A Higher Loyalty," this week.

Clearly the occupant of the White House was paying attention.

As part of an early morning tweet storm, Trump wrote: "Slippery James Comey, a man who always ends up badly and out of whack (he is not smart!), will go down as the WORST FBI Director in history, by far!"

Slippery James Comey, a man who always ends up badly and out of whack (he is not smart!), will go down as the WORST FBI Director in history, by far!

A big topic of discussion in Comey's interview was his effect on the 2016 presidential campaign. Just 10 days before the election, Comey sent a letter to Congress saying he was re-opening the investigation into Hillary Clinton's emails.

He said he felt "sick to my stomach" during that time, thinking his actions may have had an effect on the election.

"I didn't actually think he came across as particularly genuine," she said.

While she feels it likely didn't change the minds of either Democrats or Republicans, what both can agree on is that Comey remains a polarizing figure in American history.

"We are fascinated by James Comey in Trump's America," she said. "So I think James Comey is an interesting figure in the sense that, is he our hero? Is he our villain? Is he a little bit of both?"