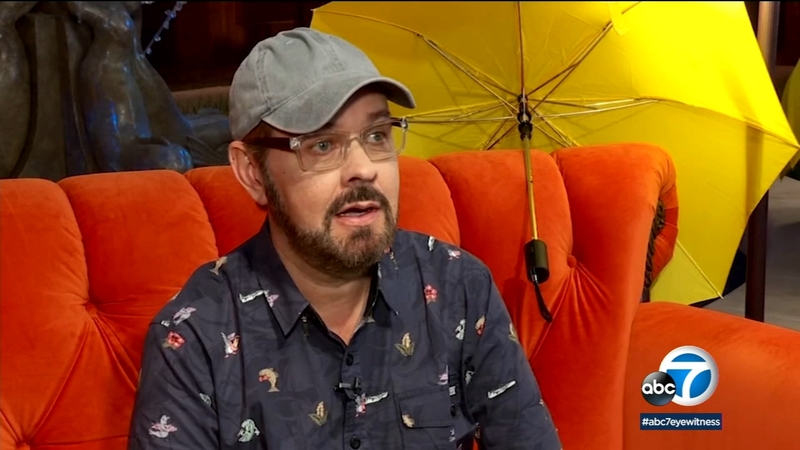 LOS ANGELES -- James Michael Tyler, who played the lovestruck Gunther on "Friends" for 10 seasons, has died after a battle with prostate cancer.

"If you met him once you made a friend for life," his manager said.

He is survived by his wife Jennifer Carno, whom he married in 2017.

Tyler was diagnosed with advanced prostate cancer in September 2018, he revealed this summer. He said doctors discovered it during a routine physical when he was 56.
EMBED More News Videos

The "Friends" actor said his disease started "mutating" during the coronavirus pandemic, causing tumors up and down his spine, leaving him unable to walk.

Tyler was best known for the role of Gunther, the Central Perk barista who had an unrequited crush on Jennifer Aniston's Rachel Greene.

Among the show's recurring characters, Gunther had the most appearances, in 148 episodes, so that he was sometimes unofficially referred to as the 7th Friend.

Warner Bros. Television mourns the loss of James Michael Tyler, a beloved actor and integral part of our FRIENDS family. Our thoughts are with his family, friends, colleagues and fans. ❤️☕️ pic.twitter.com/9coGnT5BHz

But his career also included appearances on other sitcoms, such as "Just Shoot Me!" "Sabrina, the Teenage Witch," and "Scrubs," and he even played himself once on "Episodes" with Matt LeBlanc.

Most recently, he released a spoken-word performance of the poem "If You Knew," which was adapted into a short video to raise awareness for the Prostate Cancer Foundation.

Donations to the Prostate Cancer Foundation in Tyler's name may be made here.

Last month, Tyler made an appearance via Zoom on the "Friends: The Reunion" special.

The special, which aired on HBO Max, saw the main cast - Courteney Cox, David Schwimmer, Jennifer Aniston, Lisa Kudrow, Matt LeBlanc, and Matthew Perry - revisit some of the biggest on-screen moments and discuss their memories of the show.

Asked whether the "Friends" cast already knew about his illness, Tyler said the show's producers had been aware "for a long time" and that Schwimmer had corresponded with him on Instagram.

According to the Mayo Clinic, prostate cancer is one of the most common types of cancer and the second-biggest cause of cancer death for men in the United States. While some types of prostate cancer grow slowly and may need minimal or even no treatment, others are aggressive and can spread quickly.

During an interview with the "Today" show this summer, Tyler fought back tears as he said earlier detection is key and that he regretted not listening to "my wonderful wife."

Tyler urged viewers to "ask your doctor for a PSA (prostate-specific antigen) test" next time they go in for an examination or check-up, adding that "caught early (it is) 99% treatable."

Material from CNN Wire contributed to this report.