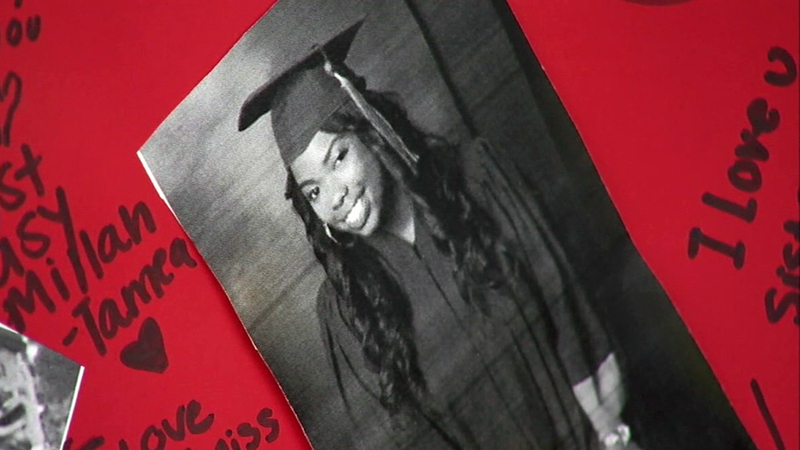 Jamillah Collier and a group of friends were heading home from a party in Moreno Valley late Sunday night when her family said they were followed.

Jamillah and two other girls, including Jamillah's sister, were shot in a barrage of bullets.

"She just wanted to go to her prom and graduate and be a paramedic," Delrene Mathis said. "Now she's gone."

Jamillah's mother said the teen had already been accepted to three colleges and was set to graduate from Roosevelt High School in a few months.

The teen's family said dozens of shots were fired. A neighbor's home was riddled with bullet holes down the street from the shooting scene.

Jhonis Carter, Jamillah's sister, said she didn't just lose her sister, but also a part of who she was.

"That's like the other half of me. How they could just take her from me? It hurts, it hurts," Jhonis said.

Jamillah's family said they will remember the good times with their loved one as they mourn her loss.

"Her true friends, they know she was a beautiful person and whatever she had she would share," the victim's great grandmother Ramona Mathis said.

As for the perpetrators, police said no suspects have been arrested. Jamillah's family said they wanted justice to be served through the court system.

"I do not want anyone to retaliate on them. I want them to go to jail and they need to suffer in jail," Delrene Mathis said.