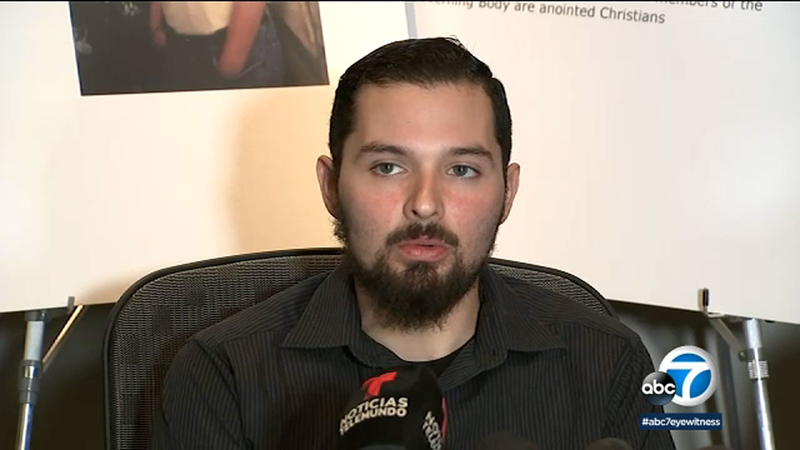 DOWNTOWN LOS ANGELES (KABC) -- A 26-year-old man has filed a lawsuit against the Jehovah's Witnesses organization claiming he was sexually abused as a child.

Kevin Ramirez says he was molested for years by an elder in the San Dimas Spanish Congregation. The alleged abuse started when he was six.

"You are taught to trust these elders with everything," Ramirez said during a news conference. "They are your mentors, they're the equivalent to what a priest would be."

The lawsuit accuses Humberto Ramirez of using his position to molest several boys in the congregation.

An attorney representing Ramirez, Irwin Zalkin, says the suit targets the governing board of the Jehovah's Witnesses.

He accuses the organization of having a history of abuse, saying they have "a pervasive and a severe problem of child sexual abuse within that organization that they've been covering up for decades."

The Jehovah's Witnesses organization said in a statement that read in part, "Watchtower's stand on the subject of child abuse is very clear: we despise child abuse in any form. Our hearts go out to anyone who suffered as a result of child sexual abuse."