JetBlue -- which has been operating out of Long Beach Airport since 2001 -- announced that its final day of operations there will be Oct. 6.
City News Service 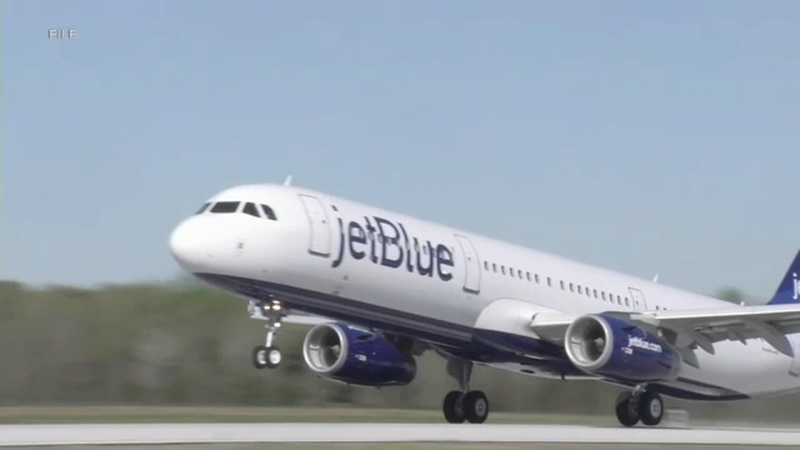 JetBlue to shift operations from Long Beach Airport to LAX

JetBlue -- which has been operating out of Long Beach Airport since 2001 -- announced that its final day of operations there will be Oct. 6.

"We will always be grateful for the investment JetBlue made in our community and the tremendous service they offered our passengers,'' said Long Beach Airport Director Cynthia Guidry. "We understand that the aviation industry -- now more than ever -- is constantly changing and airlines nationwide are making difficult business decisions to stay competitive in light of the pandemic. We expect strong interest in the slots as they become available.''

JetBlue said it plans to embark on a strategic expansion over the next five years with support from Los Angeles World Airports, with plans to reach roughly 70 flights per day by 2025 and including multiple new domestic and international markets.

JetBlue said its flights at LAX will continue to operate from Terminal 5, and tickets for flights for new LAX markets will be available for purchase Friday.

"LAX is one of JetBlue's most successful markets and offers the valuable opportunity to grow significantly both domestically and internationally while introducing our low fares on more routes,'' said Scott Laurence, JetBlue's head of revenue and planning. "The transition to LAX ... sets JetBlue up for success in Southern California. We continue to seize on
opportunities to emerge from this pandemic a stronger competitive force in the industry.''

Officials at JetBlue -- which began service at LAX in 2009 -- noted that more people start or end their journey at LAX than any other airport in the world, and that its 24-hour-a-day operations and customs and immigrations facilities allow the airline more flexibility in future flight and destination scheduling.

More than 150 JetBlue crew members are based at LAX, with the number expected to grow to nearly 700 with the additional fights and the move of crew and maintenance bases from Long Beach to LAX, officials said.

"Since it first touched down at LAX in 2009, JetBlue has continued to invest in and expand its presence at our airport, and we are excited that the airline has chosen to grow its LAX operation beginning in October,'' LAWA CEO Justin Erbacci said. With seven new routes and more than 30 daily flights, JetBlue will be an important part of LAX's comeback from historic lows in passenger traffic, and our guests now will have even more choices.''

JetBlue currently holds 17 of 41 permanent flight slots at Long Beach Airport, which airport officials said will be relinquished. LGB officials said the past few years have seen a decrease in JetBlue slots and an increase in interest from other carriers.

The 17 slots will be made available to other air carriers via the LGB's prescribed slot allocation process and the existing waiting list.