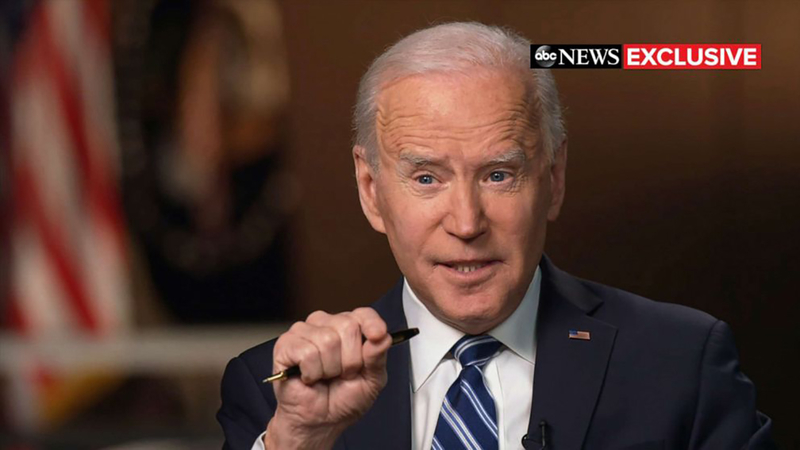 DARBY, Penn. -- President Joe Biden said in an exclusive interview with ABC News' George Stephanopoulos on Tuesday that his message to migrants is "Don't come over."

Amid a surge of migrants and unaccompanied minors on the U.S. southern border, Stephanopoulos asked the president, "Do you have to say quite clearly, 'Don't come'?"

"Yes, I can say quite clearly: Don't come over," Biden said during the wide-ranging interview in Darby, Pennsylvania.

"Don't leave your town or city or community," he added.

The number of unaccompanied teens and children who have been taken into U.S. custody along the U.S.-Mexico border has shot up in recent weeks, as the number of migrants attempting to cross into the country increases.

Stephanopoulos asked Biden: "Was it a mistake not to anticipate this surge?"

Stephanopoulos noted, "This one might be worse," and Biden acknowledged, "Well, it could be."

"The idea that Joe Biden said, 'Come' -- because I heard the other day that they're coming because they know I'm a nice guy," Biden said.