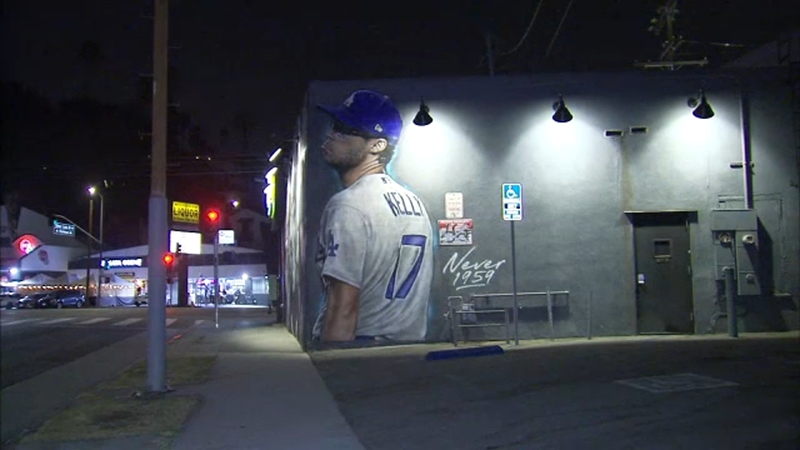 SILVER LAKE, LOS ANGELES (KABC) -- A mural has popped up in Silver Lake in honor of Dodgers reliever Joe Kelly's pouty face that he made during a game against the Houston Astros earlier this season.

That expression was one of the many memorable moments during a July game in which long-simmering tensions between the two teams bubbled up.

Kelly, the hard-throwing reliever prone to occasional wildness, mocked Carlos Correa with the pouty face as we walked off the mound after striking him out and exchanged words, prompting both benches to clear and offering a snapshot of the hostility that appeared to stem from the 2017 Astros sign-stealing scandal that broke last year.

Dodgers reliever Joe Kelly received an eight-game suspension from Major League Baseball for his role in a benches-clearing confrontation in Houston.

Fans can find the mural that captures that moment on the back of Floyd's 99 Barbershop on Sunset Boulevard. For those who take their picture with it, pouting is encouraged.