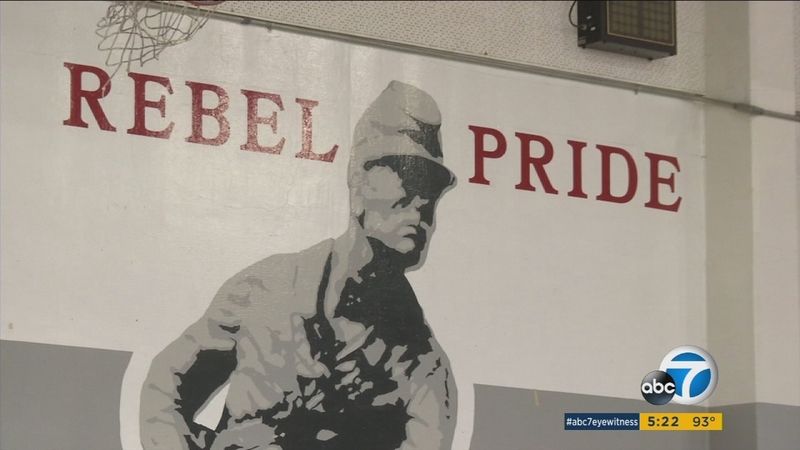 More than 500 students listened as their classmates presented arguments to either keep or replace a mascot that is a symbol of the Confederacy and the Civil War.

"This is not a black and white issue, the issue at hand is between right and wrong," one student said.

Another student added that "keeping a symbol that dates back to when blacks were discriminated against should not be what's representing our school."

The high school students researched the issue for the past week, learning more about the history of Johnny Rebel.

Some students argued that replacing the mascot would erase 50 years of history at the school.

Another student argued that the mascot doesn't stand for an idea.

"Johnny Rebel doesn't stand for any individual person or ideal, he stands for the rebel spirit," he said.