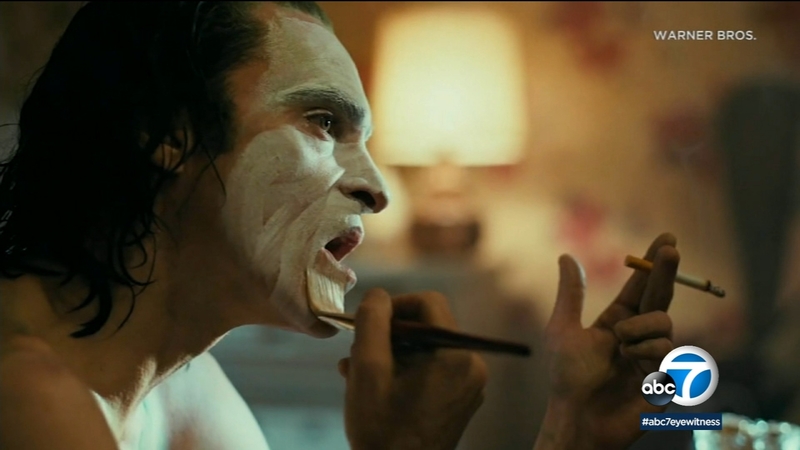 The dark film is the latest psychological thriller in the Batman series and tells the origin story of the villain. Joaquin Phoenix said they were particular about the Joker's maniacal laugh.

"In the script when it described his laugh, it said, 'it's almost painful,' and I thought that was a really interesting way of approaching this iconic laugh," Phoenix said.

However, some argue the delicate portrayal of a mass murderer will inspire real violence. In 2012, James Holmes killed 12 people and injured dozens more when he opened fire during a screening of "The Dark Knight Rises" at a movie theater in Aurora, CO. That theater will not show "Joker."

Fans who plan to see the film said the concern is understandable, but they don't believe it will incite violence.

"I really don't think it's that dark. It's just a movie," said Ronaldo Sotelo.

"I don't think it'll incite violence. Things happen. Who knows why things happen, but I think people should be able to have their fun. If people want to wear masks, why not?" asked George Delatorres.

During Saturday night's premiere at TCL Chinese Theatre, Warner Brothers will not be allowing reporters on the red carpet. This is not the first time a studio has banned questions on the carpet to keep the focus on the movie.

Director Todd Phillips said the film is not for all ages.

"We wrote it and pitched it and conceived of it as a stripped down R-rated character study of one of the great villains of all time. This movie is not for 11 or 12-year-olds," said Phillips.