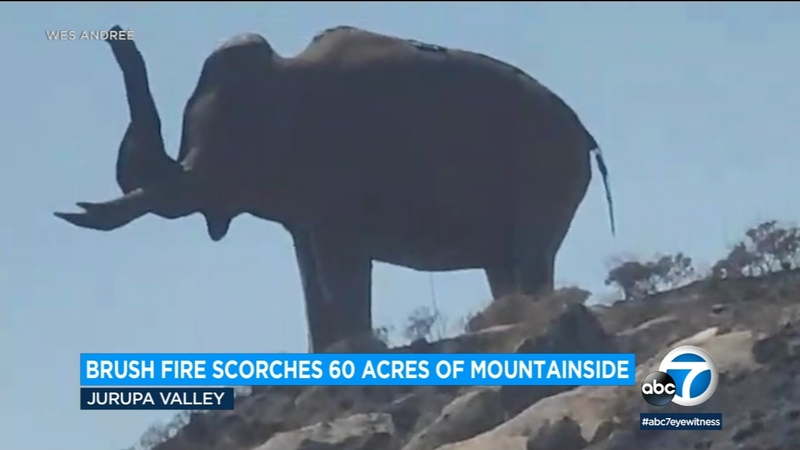 JURUPA VALLEY, Calif. (KABC) -- A 60-acre brush fire in Jurupa Valley on Friday afternoon prompted a response from firefighters and the evacuation of the Jurupa Mountains Discovery Center.

The fire erupted shortly before 1 p.m. near the intersection of Granite Hill Drive and Pyrite Street, according to Cal Fire Riverside.

In addition to the evacuation of the Discovery Center, Granite Hill Drive was closed to traffic.

Firefighters responded on the ground as Phos-Chek was dropped on the flames from overhead.

The evacuation order was lifted after firefighters succesfully contained the blaze.