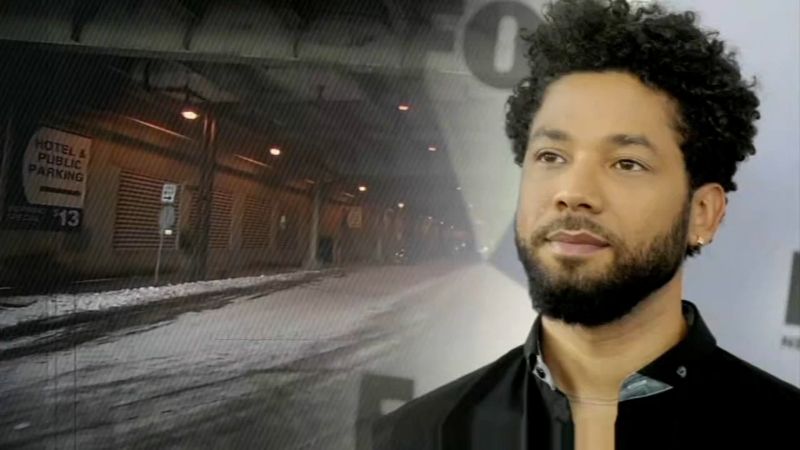 In a statement, the "Empire" actor told fans that he is "OK" and is thankful for their support. He also said he has been consistent in what he has told police.

Let me start by saying that I'm ok. My body is strong but my soul is stronger. More importantly I want to say thank you. The outpouring of love and support from my village has meant more than I will ever be able to truly put into words. I am working with authorities and have been 100% factual and consistent on every level. Despite my frustrations and deep concern with certain inaccuracies and misrepresentations that have been spread, I still believe that justice will be served. As my family stated, these types of cowardly attacks are happening to my sisters, brothers and non-gender conforming siblings daily. I am not and should not be looked upon as an isolated incident. We will talk soon and I will address all details of this horrific incident but I need a moment to process. Most importantly, during times of trauma, grief and pain, there is still a responsibility to lead with love. It's all I know. And that can't be kicked out of me.

Smollett told police he was beaten in Chicago's Streeterville neighborhood by two people yelling racist and homophobic slurs. Police are investigating the incident as a possible hate crime.


WATCH: CPD Supt. Johnson on Jussie Smollett: 'We have no reason, at this point, to think that he's not being genuine with us'
EMBED More News Videos

Chicago Police Superintendent Eddie Johnson joined ABC7 News This Morning to talk about crime in the city. He called the reported attack horrendous, horrible and cowardly.

Chicago Police Superintendent Eddie Johnson joined ABC7 News This Morning on Friday to talk about crime in the city. While he said there is nothing new to tell the public regarding the Smollett investigation, he did call the alleged attack "horrendous" and "cowardly."

"I will say this. The crime that he reported is horrendous. It's horrible. It was cowardly. We'll do everything we can," Johnson said.

Police have identified two potential persons of interest in the case that they would like to talk to. But so far, investigators have not found video of the attack. Johnson said while there are cameras all over the city, that is not highly unusual.
"We don't have anything that we've actually been able to view," Johnson said. "He's a victim right now, and we'll treat him like a victim. He's been very cooperative and we have no reason, at this point, to think that he's not being genuine with us."

Smollett was set to hold a meet and greet with fans in Los Angeles this weekend, but the event has been canceled due to security concerns.

"Jussie is a warrior whose light cannot be dimmed," the actor's family said in a statement released Thursday. It was the first time the public heard from them as the investigation was set to enter its fourth day.

President Donald Trump also had something to say about the alleged attack.

"That, I can tell you, is horrible. I've seen it. Last night. I think that's horrible. It doesn't get any worse, as far as I'm concerned," Trump said.

Smollett told police he was walking alone in the 300-block of East North Water Street around 2 a.m. Tuesday, on his way back from a nearby Subway restaurant, when he was beaten by two masked men, who poured a chemical on him. The chemical substance is believed to be bleach, but it is being confirmed by independent testing.

Smollett said the men put a noose around his neck. In a later interview, he said they yelled "MAGA country" as they beat him, before running away.

Chicago police confirmed they have spoken to Moore and his account is noted in the police report. Police said Moore and Smollett both said they were on the phone with each other at the time of the attack. Police said they can't verify that because Smollett refused to give them his phone.

A neighbor from Smollett's apartment building told police before the incident she saw someone outside carrying some kind of rope. But police said her description of this person is different from Smollett's.

Police confirmed there is surveillance video of Smollett entering the building with a rope around his neck. In the video, he walks through the lobby and takes an elevator to a home where the police would eventually be called.

Chicago police released photos of the two persons of interest late Wednesday, which show two silhouettes on New Street near Illinois Street between 1:30 a.m. and 1:45 a.m. Tuesday. Investigators confirmed video shows Smollett walking across the street from them. Police said in the video, he walks out of frame for about a minute and reappears on another camera "wearing a rope like a neck tie."