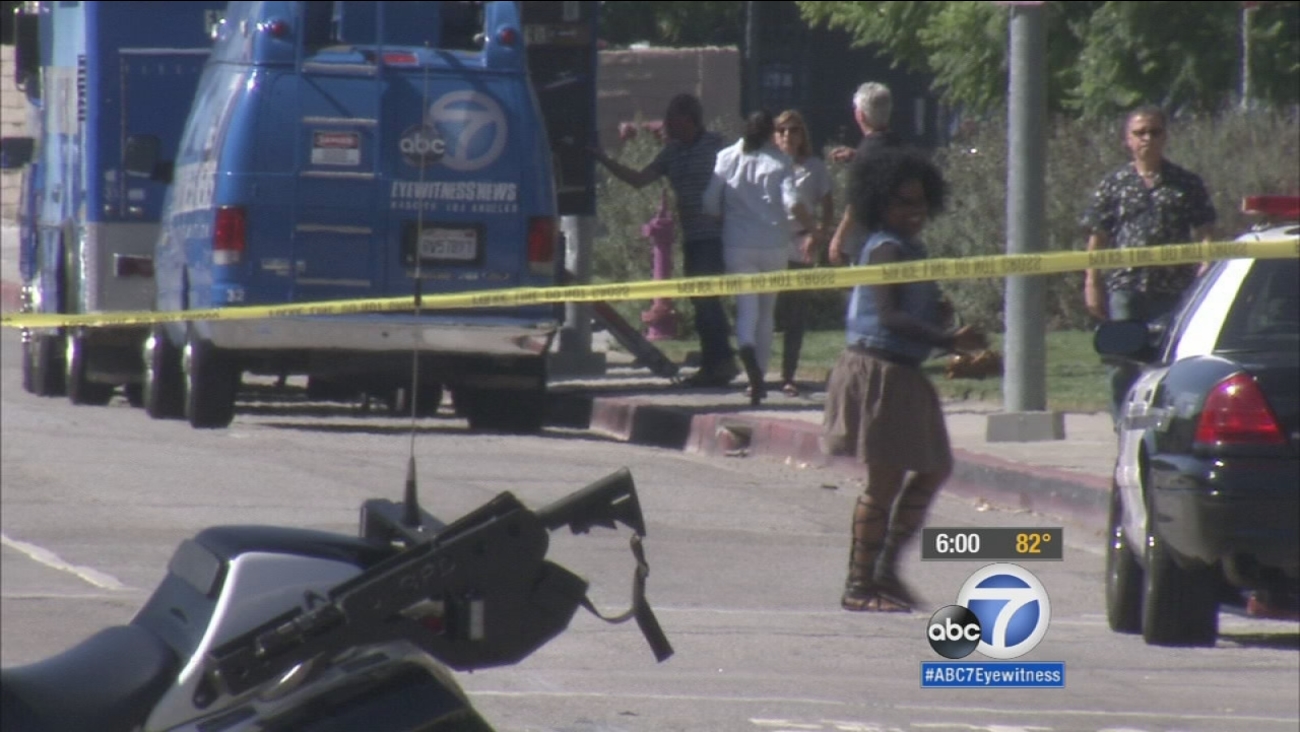 Several buildings in Glendale, including the ABC7 Broadcast Center, were evacuated because of a bomb threat on Sept. 30, 2015. (KABC)

Tyler Raj Barriss of Glendale faces two felony counts of false report of bomb to agency or business and one felony count of criminal threats.

When Glendale police searched the station with bomb-sniffing dogs, KABC broadcasted the 4pm newscast outdoors from a satellite.