The nurses say there is a shortage of workers and inadequate training, which they say amounts to "unsafe" and "eroding" standards of patient care.

"It's our job, as nurses, to advocate for our patients. So we're holding these pickets to let the public know about the serious issues we see every day within Kaiser's hospitals and clinics," said nurse Zenei Cortez in a statement released by National Nurses United.

The union says in 2014, Kaiser agreed to add more nurses but has failed to do so, despite earning record profits of $1.9 billion in 2015.

Kaiser calls the claims misleading and says the strike is an inappropriate tactic during ongoing negotiations.

Kaiser says it has proposed an 18-percent salary increase to the nurses, which Kaiser says would make the nurses who work at Kaiser's Los Angeles Medical Center among the highest paid nurses in Southern California.

Kaiser says it has not received a counter proposal from the nurses, who have staged strikes this past June and March. 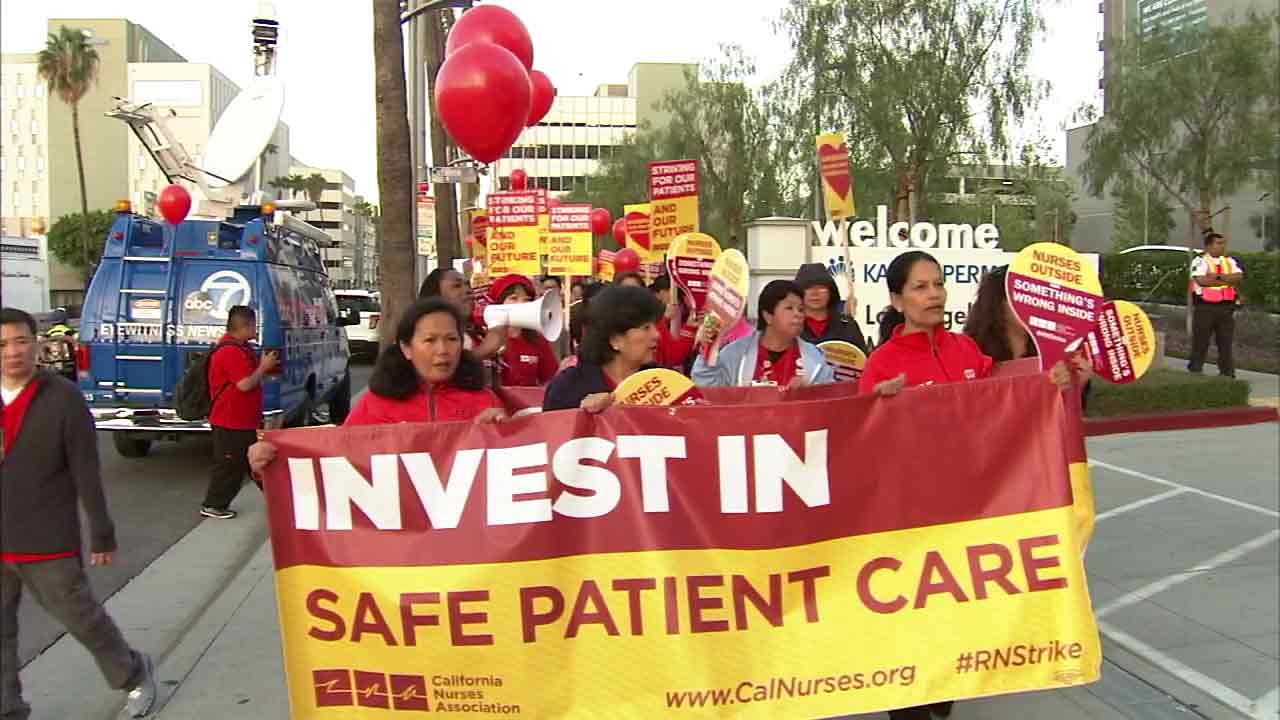 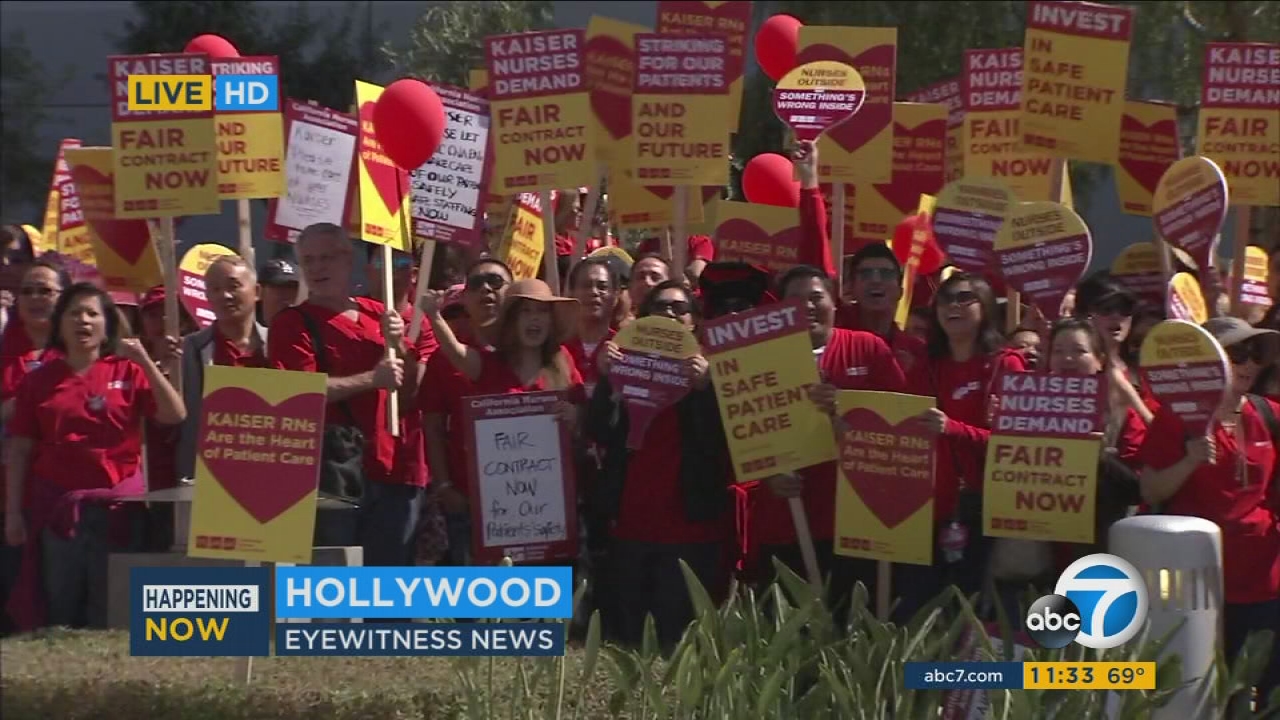