Secretary of Housing and Urban Development, at the invitation of Bass, spent the day touring affordable housing sites.
KABC
By Josh Haskell 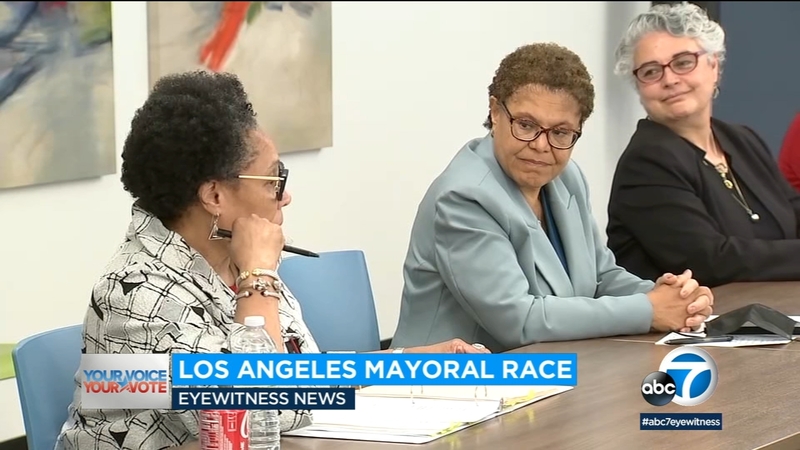 LOS ANGELES (KABC) -- Secretary of Housing and Urban Development Marcia Fudge, at the invitation of Congresswoman Karen Bass, who is running for mayor of Los Angeles, spent the day touring affordable housing sites in the city on Thursday along with programs that help the homeless stay off the streets.

"This is the epicenter of homelessness, Los Angeles," said Fudge. "Any time a nation cannot take care of its most vulnerable people, it has failed."

Bass - one of the leading candidates for mayor - believes the homeless crisis is an emergency and hopes Fudge would use her visit to learn about some of the city's challenges.

Fudge told reporters that although the federal government will never be able to build all the affordable housing that's needed, she got the message that they can do more, including vouchers and removing unnecessary regulations.

It's something that's at the center of Bass' campaign, leveraging her relationships with the federal government to increase their involvement in an effort to end homelessness.

"Some of the particularities about L.A., we wanted [Fudge] to understand, we also wanted to show off the fact that there's so many people that are doing such good work here, but are just not able to get to scale because the problem is so enormous here," said Bass.

He said has relationships in Washington, too, but believes L.A. needs a mayor who knows how to lead.

Bass said since she now has an administration in Washington willing to work with her, more affordable housing will come our way.