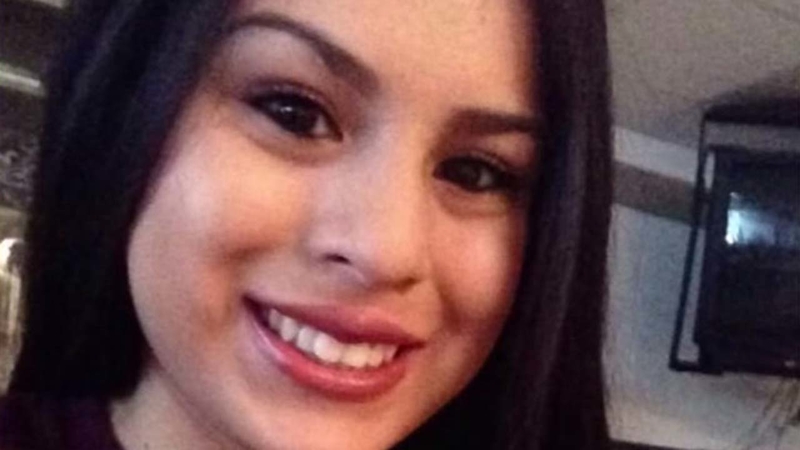 HOUSTON -- The rape of a teenage girl in Houston could be heard in a video recording just before she was murdered, according to prosecutors.

Police were canvassing the city for 15-year-old Karen Perez, a South Houston High School freshman, when her partially nude body was discovered stuffed in a cabinet under a sink inside an abandoned apartment on Monday.

New disturbing details were revealed in Karen's death when the 15-year-old suspect charged in her murder stood before a judge in juvenile court on Wednesday.

Prosecutors said the suspect, whose identity was not made public, was Karen's boyfriend.

According to court documents, officials stated when Karen initially went missing her family asked police to go to the boyfriend's house.

The father of Karen's boyfriend was driving him around searching for her when investigators said the boyfriend told his father to take him home because she wasn't alive.

The teen's father then contacted police.

Investigators said they discovered text messages on the boyfriend's phone that showed he texted Karen, demanding she skip school on Friday and to meet him by the tennis courts.

If she didn't, police said the message stated Karen's boyfriend would kill her and her life would "end on bloods."

Surveillance video from a nearby restaurant recorded Karen with her boyfriend and another person leaving the area shortly after noon. Karen never returned home again.

Prosecutors said video from the boyfriend's cellphone captured Karen's final moments alive. The video was black, but prosecutors said the audio was clear.

In it, officials said the boyfriend could be heard forcing Karen to have sex with him, calling Karen by her name.

As Karen told him she didn't want to have sex, prosecutors said the boyfriend began choking her. Investigators said in the audio, Karen could be heard crying out, "I don't want to die."