AP
ANTIOCH, Calif. -- A Northern California city official has been ousted after he suggested on social media that sick, old and homeless people should be left to meet their "natural course in nature" during the coronavirus pandemic.

City council members in Antioch, a city of about 110,000 people, voted unanimously Friday night to remove Ken Turnage II from his post as chairman of the city's planning commission.

There was a swift uproar after Turnage characterized people with weak immune systems as a drain on society.

He wrote on Facebook: "the World has been introduced to a new phrase Herd Immunity which is a good one. In my opinion we need to adapt a Herd Mentality. A herd gathers it ranks, it allows the sick, the old, the injured to meet its natural course in nature."

As for homeless people, he added that the virus would "fix what is a significant burden on our society and resources that can be used."

Turnage later deleted the post but refused to resign or back down from his comments. During the two-hour council meeting held on Zoom, Turnage said his personal opinion had no bearing on his duties as a planning commissioner and that removing him would violate his freedom of speech.

But city officials countered that his posting caused a loss in confidence and created a disruption to the city. Mayor Sean Wright said politicians are held to a higher standard by representing the city to all.

After the council stripped him of his post, Turnage said that if residents had lost confidence in him, "that's their opinion and I can't help that."

"It's not like it used to be," he lamented, "when you could have an opinion, talk about it and then sit down and have a beer together and talk about football."

Turnage says he's only sorry that his words became a lightning rod for controversy instead of a starting point for discussion. But he doesn't regret putting the idea out there.

"People took what I wrote and they are reading more into it than what I exactly said," according to Turnage.
Report a correction or typo
Related topics:
politicscaliforniaantiochfacebookcoronavirussocial mediau.s. & world
Copyright © 2020 by The Associated Press. All Rights Reserved.
RELATED
East Bay city official could be ousted over controversial COVID-19 post
CORONAVIRUS 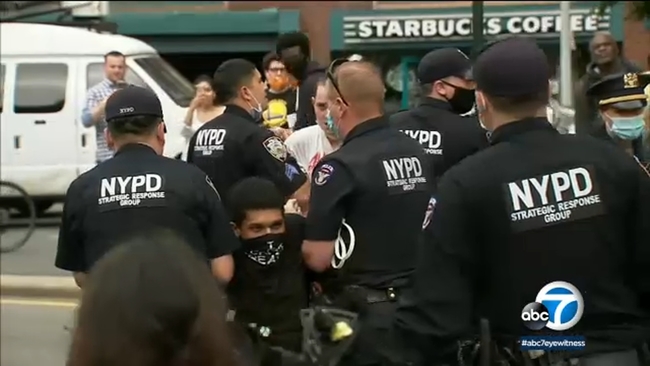 Psychological First Aid for your child in five steps