Building a better community, one cut at a time 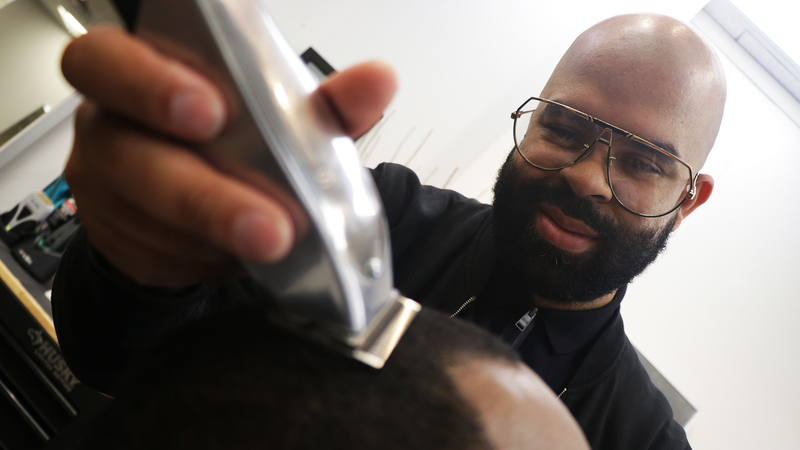 Building a better Philly, one cut at a time

Main Attraction Unisex Salon is not just a barbershop.

It is a gathering place where barbers carefully shape relationships within the community. It's even known to attract a celebrity or two.

At the forefront is Kenny Duncan, a master barber and Lead Global Educator for the Andis company, the oldest producer of trimmers and clippers in America. Duncan asks every customer two questions at the start of each haircut: "How was your week?" and "What was the most productive part about it?" That opens the door for him to let his mouth run as much as his razor.

When he's not in the shop, Kenny is in sports stadiums and on movie sets crafting star-studded looks for Philadelphia 76ers Ben Simmons and Joel Embiid, and "Creed" star Michael B. Jordan.
Kenny most recently worked with rapper Andre 3000 for an upcoming production. He doesn't just design the perfect haircut, either. Kenny is an artist that uses a head as the canvas.

He recently went viral for cutting the shape of Kobe Bryant in the back of someone's head in Los Angeles, where he had been coincidentally the same weekend of Bryant's tragic death.

Kenny hopes to continue developing young minds in the West Philadelphia area with his incredible talents!