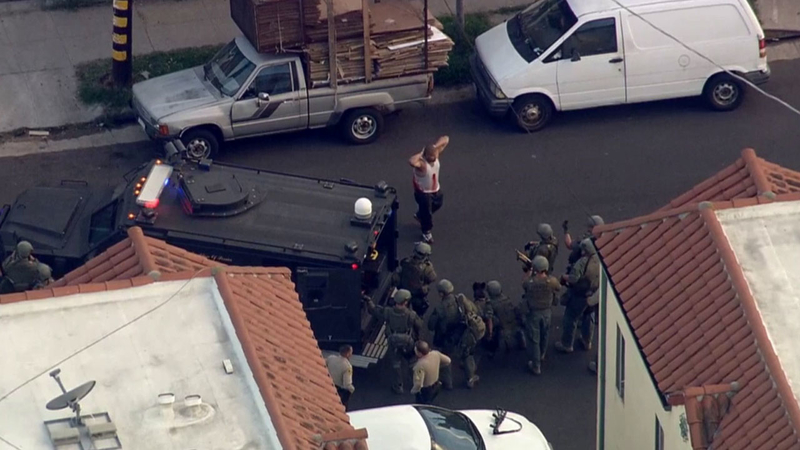 SOUTH LOS ANGELES (KABC) -- A kidnapping suspect who led sheriff's deputies on a chase through South Los Angeles was shot after getting out of his vehicle and waving a handgun at deputies Friday.

At 5:27 p.m., deputies observed the suspect's vehicle near 99th Street and Budlong Avenue. The deputies ran the vehicle's license plate and learned the suspect, identified as Hector Puga, was wanted for attempted kidnapping and assault with a deadly weapon.

The suspect then accelerated away from the deputies at a high rate of speed and a chase ensued.

At one point, deputies deployed a spike strip but the suspect managed to drive around it.

The suspect nearly hit a skateboarder and at times drove on the wrong side of the street before stopping his white SUV on West 43rd Street, west of Vermont Avenue. 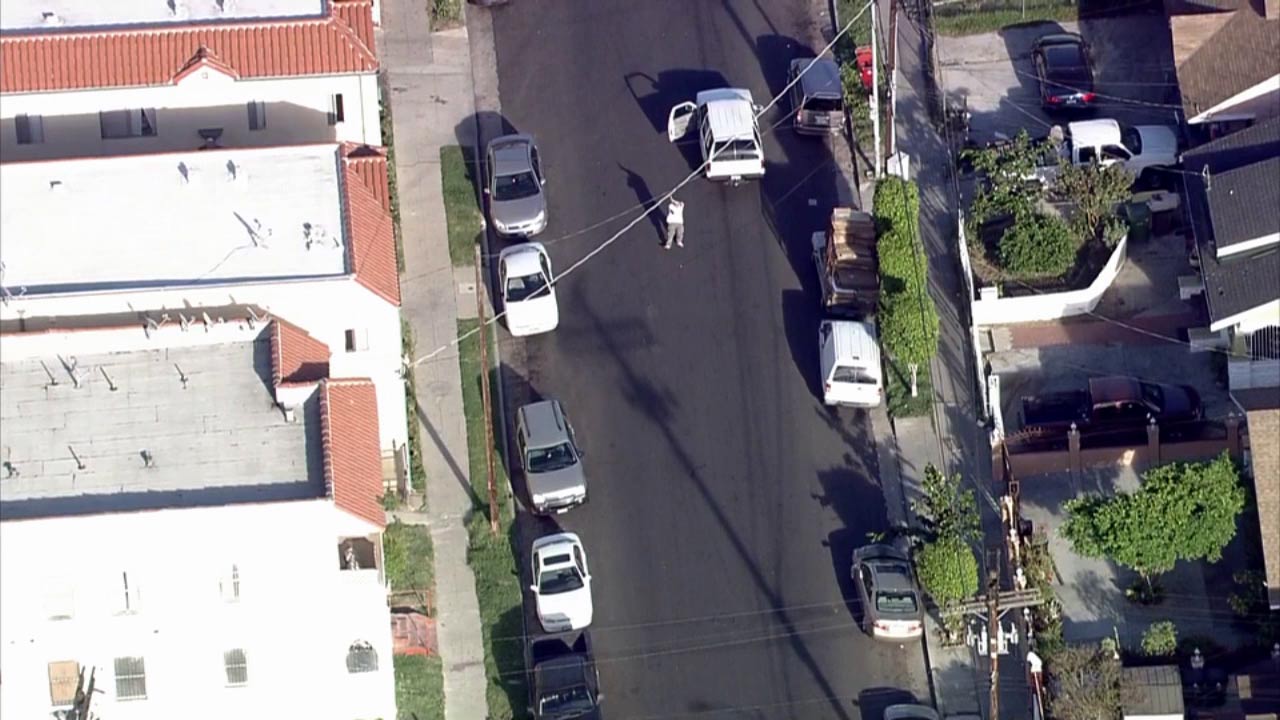 He was then seen pointing what appeared to be a silver-colored handgun at sheriff's deputies. The suspect was wounded during an exchange of gunfire with deputies at about 5:30 p.m.

He then staggered onto the front porch of a nearby residence, where he remained sitting up but visibly wounded for about an hour.

Shortly before 6:15 p.m., the suspect took off his T-shirt and began drinking water from a garden hose. Meanwhile, SWAT deputies began evacuating nearby neighbors.

The suspect began walking toward the front gate of the residence with his hands up at about 6:45 p.m. He surrendered to SWAT deputies shortly after. No deputies were injured.

The suspect was wanted for suspicion of kidnapping and assault with a deadly weapon against his wife.

On Sunday, the suspect, whose name has not been released, forced his wife into a vehicle at gunpoint in Paramount, deputies said.

"When he drove her around, he pistol-whipped her and assaulted her," said Lt. Eddie Hernandez of the Los Angeles County Sheriff's Department.

The suspect's wife was able to escape after he stopped at her mother's house to allow her to use the restroom.

Friends of the couple say they were going through marital problems.

"They've been having conflicts and whatever the situation they should have fixed it up and this should have never got to this extreme," said Julio Centeno, the suspect's friend.

The suspect was shot at least once in the upper torso and transported to a local hospital for medical treatment. Further details were not immediately released. 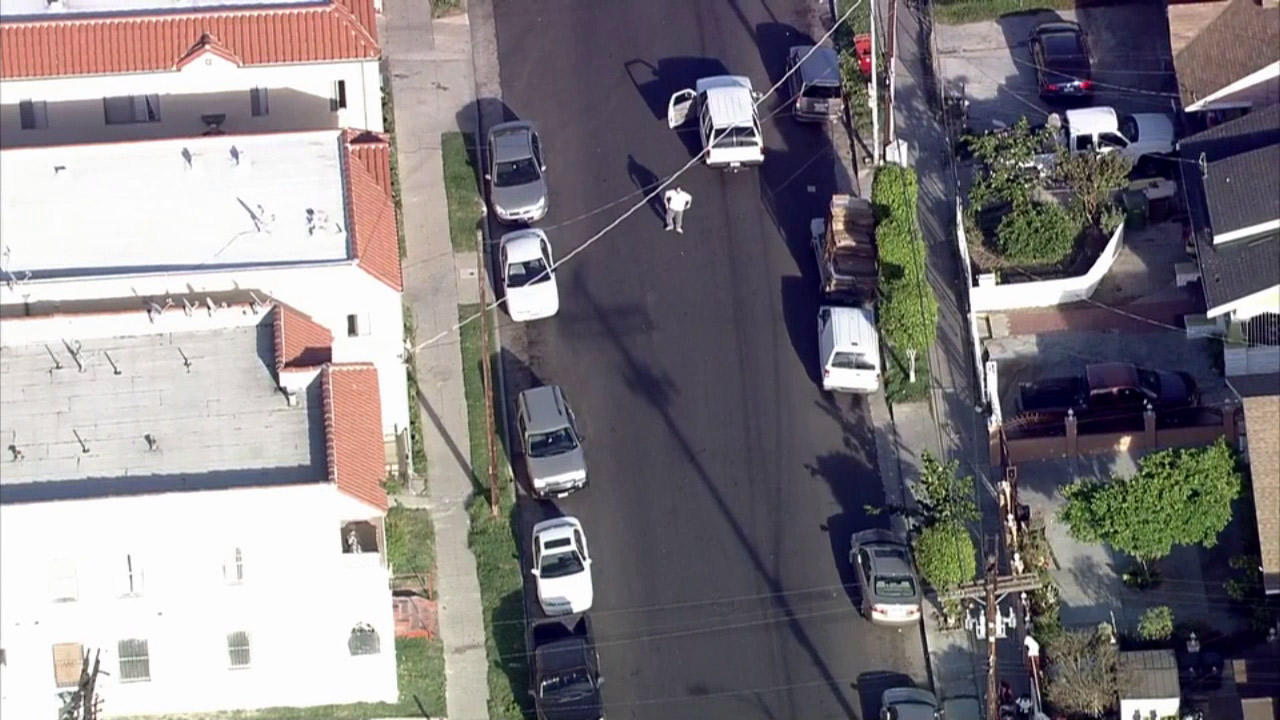