High school footage of Lakers legend Kobe Bryant will be auctioned in Calabasas on Thursday.
KABC 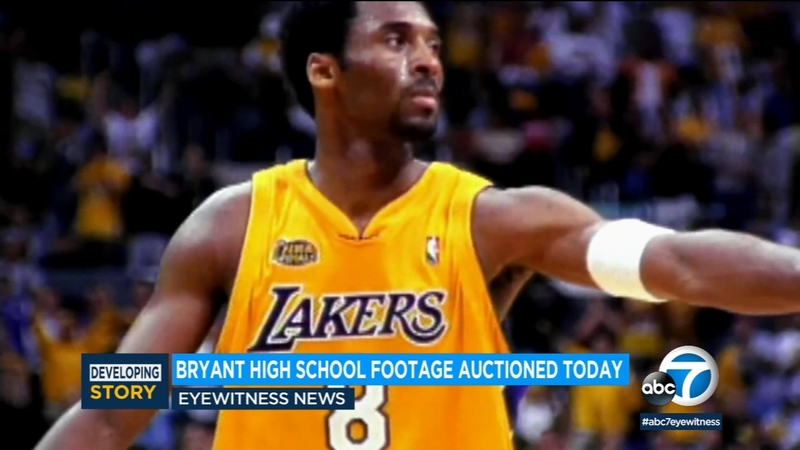 CALABASAS, Calif. (KABC) -- Nearly six months since Kobe Bryant, his daughter Gianna and seven others were killed in a helicopter crash, high school footage of the Lakers legend will be auctioned on Thursday.

Twenty-two hours of game video and interviews from Bryant's time at Lower Merion High School in suburban Philadelphia will be available.

RELATED: Kobe Bryant crash: Pilot may have been disoriented in thick fog, report by NTSB says

The footage comes from the archives of a regional TV producer.