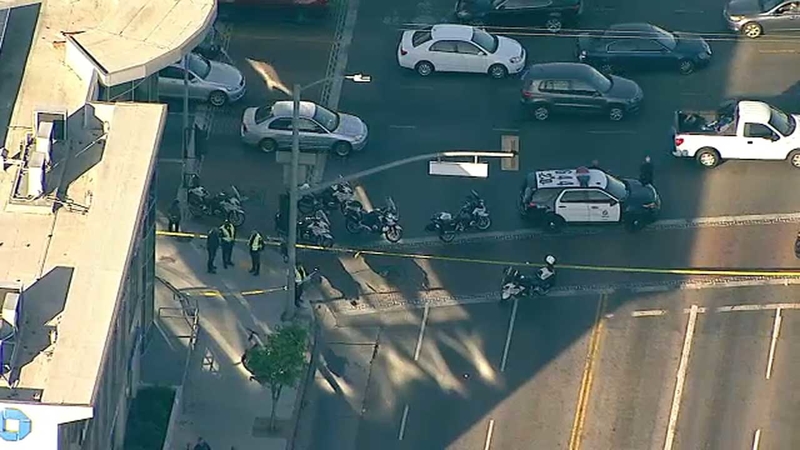 A child pedestrian was struck and killed by an SUV in a crosswalk in Koreatown, police said.

KOREATOWN, LOS ANGELES (KABC) -- A 4-year-old girl was struck and killed by an SUV Wednesday morning while she was in a crosswalk in Koreatown, authorities said.

The collision was reported at 7:48 a.m. at the intersection of Normandie Avenue and West Olympic Boulevard, according to the Los Angeles Police Department.

The female driver of the vehicle remained at the scene and was cooperating with investigators, the LAPD said.

The child was pronounced dead after being rushed to a hospital. Her mother, whose injuries were unknown, was also transported to the medical center.