Series of events and shows across LA County canceled, postponed over COVID-19 concerns 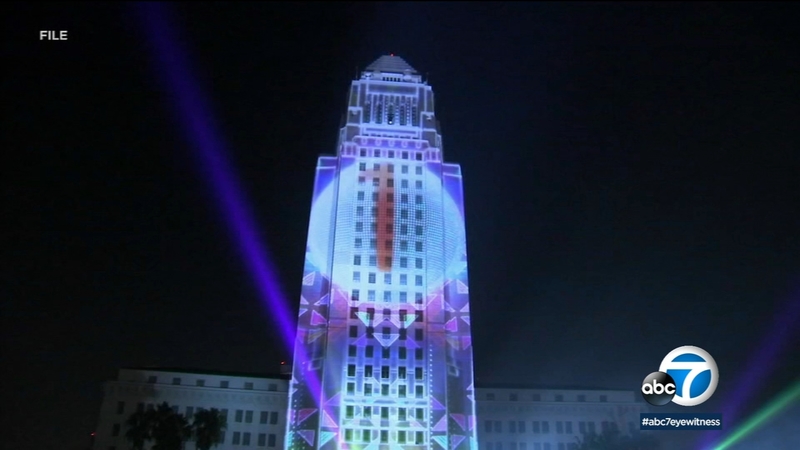 Check your ticket: Several events canceled in LA County due to COVID

LOS ANGELES (KABC) -- If you've got tickets to a big event coming up soon, you might want to check with the venue to see if it's still on.

A number of Los Angeles-area events have been canceled or postponed as the county reported its highest number of daily infections in nearly four months.

The county reported 3,512 new cases in its daily update issued Sunday and nine additional deaths associated with the virus -- the third consecutive day with more than 3,000 new cases after months of lower totals.

The number of county residents hospitalized with COVID-19 increased by just one to 743 Sunday, with 180 of those patients in intensive care, the same as Saturday's total.

The increase is coming as the omicron variant is making its way across the country, now detected in 39 states.

Here are some events to look out for:

Grand Park in downtown Los Angeles has canceled its invite-only audience event to celebrate Countdown to 2022 on New Year's Eve.

The celebration will instead be produced as a broadcast-only event available on Fuse and on Grand Park's YouTube channel beginning at 11 p.m., New Year's Eve, according to Music Center spokeswoman Lisa Ducore.

Grand Park is operated by the Music Center, Ducore said. The COVID-19-prompted change was made in consultation of the Los Angeles County Department of Public Health to protect the health and safety of the public, performers, crew and staff.

The NFL has rescheduled at least three games because of high numbers of players testing positive. The includes the Rams-Seahawks game which had been set for Sunday at SoFi Stadium but is now pushed back to Tuesday.

The Anaheim Ducks game against the Flames which had been set for Tuesday in Calgary has been postponed for COVID-related reasons, with no new date announced yet.

Performances of "A Christmas Carol'' at the Ahmanson Theatre in downtown L.A. through Dec. 26 have been canceled after additional breakthrough cases were detected within the company, the Center Theatre Group announced.

Performances are scheduled to resume Dec. 28, Jason Martin, the head of publicity for the Center Theatre Group, said Friday.

Thursday's planned performance was also canceled "for the wellness and safety of our guests, cast and crew,'' along with performances planned for Friday and Saturday, Martin said.

Ticket holders will be contacted shortly with rebooking or refund options and should contact their original point of purchase with questions, Martin said.

UCLA's men's basketball game against North Carolina planned for Saturday in Las Vegas was canceled due to COVID developments within the Bruins' program, the university announced.

UCLA's team-related activities have been paused, and the status of future games is to be determined.

Plus, according to a tweet posted Saturday afternoon, the Bruins will no longer play against Cal Poly in a nonconference game at Pauley Pavilion on Wednesday.

UCLA's game versus Cal Poly on Wednesday, Dec. 22 has been canceled due to COVID-19 developments within the Bruins' program.

UCLA said the game was canceled due to COVID developments within the Bruins' program and will not be rescheduled.

Other team-related activities have been paused and the status of future games is to be determined, according to UCLA.

L.A. County is fighting back against the increase with new sets of rules for attendance at large gatherings.

The concern over the rise in COVID-19 cases is prompting L.A. County to implement stricter protocols regarding large events. Here's what you need to know.

If you want to get into any kind of mega event, either inside or outdoors, you'll need to show proof of being fully vaccinated, or recent negative test results. If you get an antigen test, it has to be within one day of the event, while for a PCR test it's two days.

"While things are definitely not going in the direction we want them to, we do have more tools to help protect ourselves this year than we did at this time last year, but we urgently need to use them," said county health director Barbara Ferrer.
But even getting a rapid test is turning out to be more challenging these days.

While the Dodger Stadium parking lot has reopened as a testing site, many local drugstores are out of stock for the at-home test kits.

Local leaders are reminding residents to be vigilant during the holidays.

"Get boosted," said Los Angeles Mayor Eric Garcetti. "Get vaccinated if you still haven't. And make sure you practice the safe social distancing so we'll get through the holidays without the deaths we saw last year."