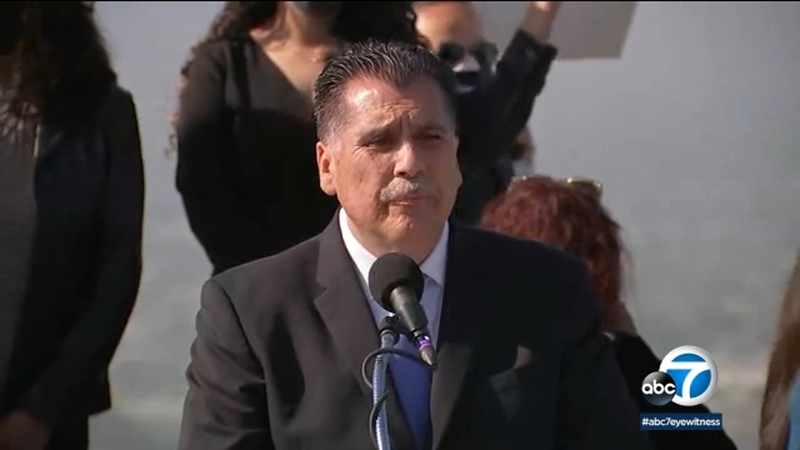 The list of people running to become Los Angeles County's next sheriff is getting longer.

"I am doing this because the current sheriff has created dysfunction and chaos, which has put our public safety at risk," said the police chief in the county's second-biggest city.

He tried to address the group over their chants.

"There are people with all different opinions and for anybody who has worked around me, they know I respect everybody's opinion. So even for the people yelling behind me, I absolutely will sit down with anybody at any given time," he did.

LAX Police Chief Cecil Rhambo is entering the race to succeed Alex Villanueva as the next L.A. County sheriff.

Sheriff Villanueva has a rocky relationship with the Board of Supervisors and the county's Civilian Oversight Commission. Those are some issues that Chief Luna wants to address.

"Regain the relationships with the Board of Supervisors, with oversight committees, to be open to criticism...I'm being criticized now, I'm open to it," says Luna.

When asked to comment on Luna's remarks, Villanueva responded with the following:

"Actually, I take that as an endorsement that the political establishment wants a puppet sheriff and they have a casting call for as many applicants as possible - the next puppet sheriff. So, it's a free country - anybody can run and I look forward to to the debates," he said.

Once a former member of Sheriff Alex Villanueva's inner circle, Eli Vera is now a candidate for the Los Angeles County Sheriff and claiming he was demoted as a result of his bid for office.

The primary election is scheduled for June 7. With so many candidates it's likely no one will get over 50% of the vote, which would send the top two candidates to a runoff in the November general election.