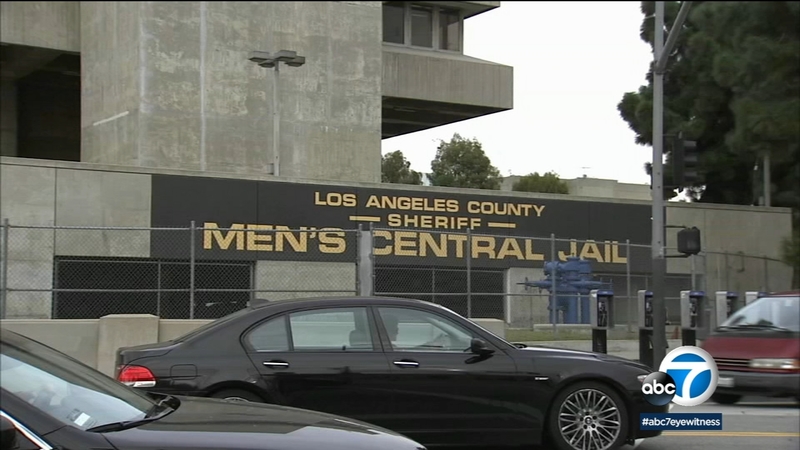 LOS ANGELES (KABC) -- The Los Angeles County Board of Supervisors on Tuesday decided to create a plan to close the Men's Central Jail near downtown L.A. within a year.

Board chair Kathryn Barger stressed her support for diversion and replacement rather than closing the jail, but backed the motion to receive a report on shutting it down. The motion was introduced by Supervisors Hilda Solis and Sheila Kuehl.

Officials say the aging facility consistently ranks as one of the worst in the country but the proposal drew considerable pushback before it was voted on.

"(These) are dangerous, dangerous offenders that will be released back into our communities. It's unacceptable," said Patricia Wenskunas, founder of Crime Survivors, an organization that represents crime victims and their families.

Sheriff Alex Villanueva tweeted his disapproval shortly after the vote came out.

Solis said the move is a step forward for efforts to reshape the county's approach to community health and public safety. She added it would fast-track plans for permanent supportive housing units at "Restorative Care Villages situated on County health campuses."

"L.A. County is prioritizing our 'care first, jails last' approach to criminal justice to demonstrate our commitment to racial and economic justice," she said in a written statement. "Closing Men's Central Jail will restore dignity to our communities. People are not made whole locked up in a decrepit cell."

As the Los Angeles County Sheriff's Department braces itself for upcoming budget cuts, leaders are considering the closure of the Men's Central Jail near downtown L.A.

The vote comes as county officials look for ways to rely less on law enforcement and incarceration.

The Los Angeles County Board of Supervisors on Monday approved a massive budget cut proposal affecting the sheriff's department.

Last week, the board approved a massive budget cut proposal which Villanueva says will defund the department by more than $150 million, taking away vital crime services. That's on top of the $400 million the department has already been underfunded for the next fiscal year.

Critics, including families of crime victims, fear the cuts could result in the elimination of the Special Victims Bureau and other detective units.

"We understand there are budget cuts and budgets that have to be met. We understand that because we run a household, but we don't want to put at risk the rest of the community," said Richard Walker, the father of a murder victim.