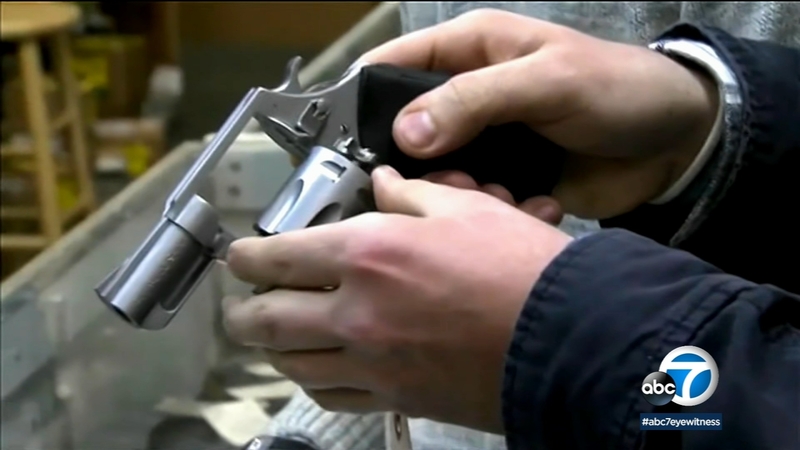 Villanueva says they're not essential businesses except for serving police or security personnel.

This is the second time in a week Villanueva tried to close gun stores - at least in terms of selling to the public. He had initially announced a closure in the earlier in the week, and then briefly backed off that plan.

"We are going to shut down gun sales and ammunition sales outside of law enforcement and private security organizations," Villanueva said.

Villanueva's order applies only to the gun shops in the unincorporated areas of the county where the sheriff's department provides law enforcement. It's up to the individual chiefs of police in other cities to decide if the doors will stay open.

Villanueva says he's trying to discourage panic gun-buying; his intent isn't to stop the sales of guns, but rather to address the large crowds recently seen gathering at gun stores.

The sheriff also addressed a reported effort by L.A. County Board of Supervisors to remove him as head of emergency operations center during the pandemic.

He says it's a move that couldn't come at a worse time.

"This type of attempt or transition puts everyone in peril," Villanueva said.

The move is based on a report on the communications efforts after the Woolsey Fire.

"We're all in this together, now is not the time to argue about who's in charge," Barger said. "Because all the people in our communities want to know is that we're working together collaboratively to make sure that we control the spread, and we do what's right for our constituents."