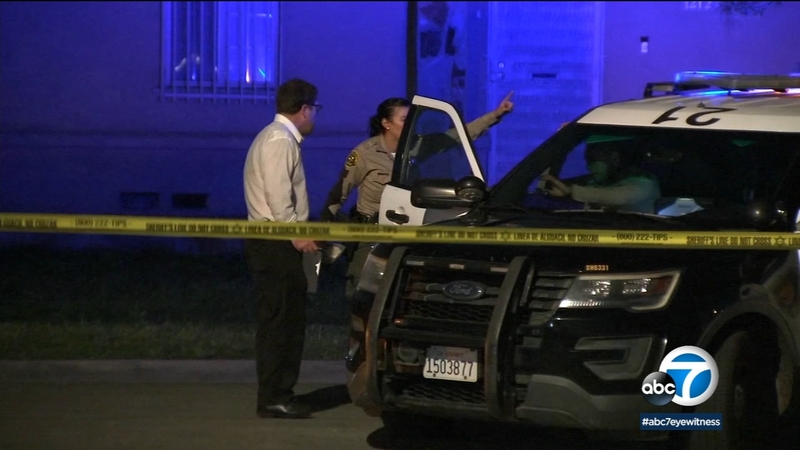 WILLOWBROOK, Calif. (KABC) -- A 17-year-old is among two people dead, and several others were rushed to the hospital Sunday afternoon following a shooting in the Willowbrook community of Los Angeles County.

The shooting happened shortly after 4 p.m. near the intersection of 122nd Street and Blakley Avenue, according to officials.

The L.A. County Fire Department says that four male victims were taken to the hospital, three of them with minor injuries, and a fourth victim in critical condition.

Detectives later learned that a female victim drove herself to the hospital.

A total of seven people were shot, according to L.A. County sheriff's detectives.

A 17-year-old teenage boy and an adult man died at the scene, officials said. LASD Lt. Vincent Ursini said the teenager was shot in the upper body at least one time. The victims' identities have not been released.

It's unclear what lead to the shooting. Officials say at least two vehicles were seen approaching the area when shots rang out from within the vehicles.

No arrests have been made, and a description of the shooter, or shooters, was not available.

Anyone with information regarding this ongoing investigation is urged to call the L.A. County Sheriff's Department at (323) 890-5500. Those wishing to remain anonymous may call Crime Stoppers at (800) 222-8477.

This is a developing news story. Updated information will be added as it becomes available.