Massive sinkhole opens up near condominium buildings in La Habra 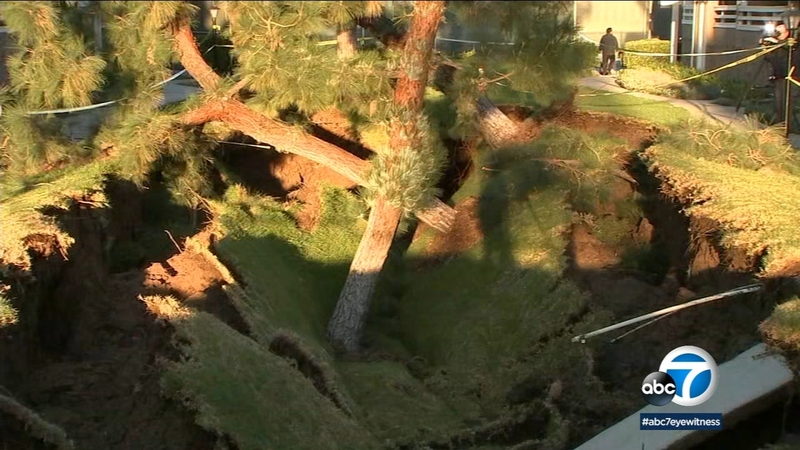 Massive sinkhole opens up between condo buildings in La Habra

La Habra police, Los Angeles County firefighters, and Orange County Public Works officials responded to the scene after the sinkhole, measuring 20 feet by at least 80 feet, was reported about 10:45 p.m. in the 950 block of West Imperial Highway.

"That's what I thought it was, an earthquake," said Reina Menchaca of La Habra.

The sinkhole toppled multiple trees, including a towering one that landed on one of the condo buildings, causing some damage.

Officials are trying to determine whether the area is public or private property, which will determine who will pay for the cleanup.