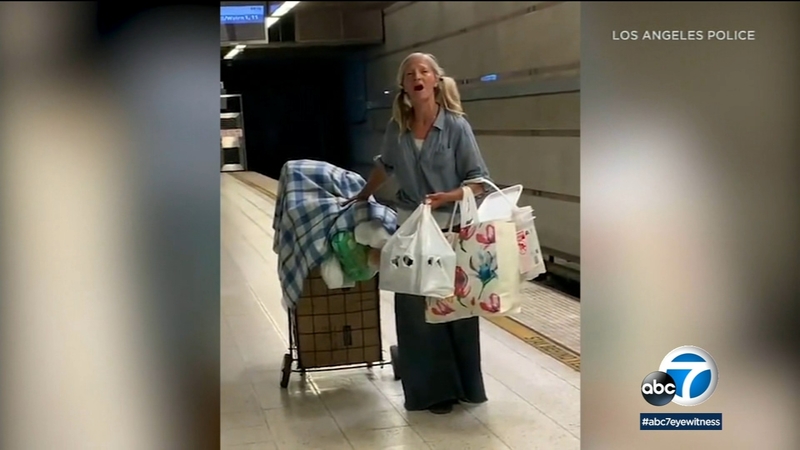 A video of her singing at a Metro subway stop went viral after an officer with the Metro Transit authority filmed her impromptu performance.

4 million people call LA home. 4 million stories. 4 million voices...sometimes you just have to stop and listen to one, to hear something beautiful. pic.twitter.com/VzlmA0c6jX

"Her voice is beautiful. It's like opera..really awesome," said Ravshan Kulakhmetov of Glendale.

Who the woman is remains a mystery but some say they've seen her around Glendale for the past 10 years.

"She's walking around with her cart and when you see her you thought she's homeless," said Susanna Oganyan of Glendale

Oganyan said the woman occasionally shops at a local market in Glendale and that she is also a talented violinist, performing outside local shopping malls. "I've saw her near the Americana playing her violin and it's so very beautiful," she said.

Others said the woman speaks more than one language.

Sarkis Chakakhoyan, owner of Yerevan Market in Glendale, said the woman told him in Russian that she's lived in the United States for 30 years. He said she takes time to collect stale bread to feed birds.

The woman hasn't been seen in her usual spots since the mesmerizing performance in the subway.