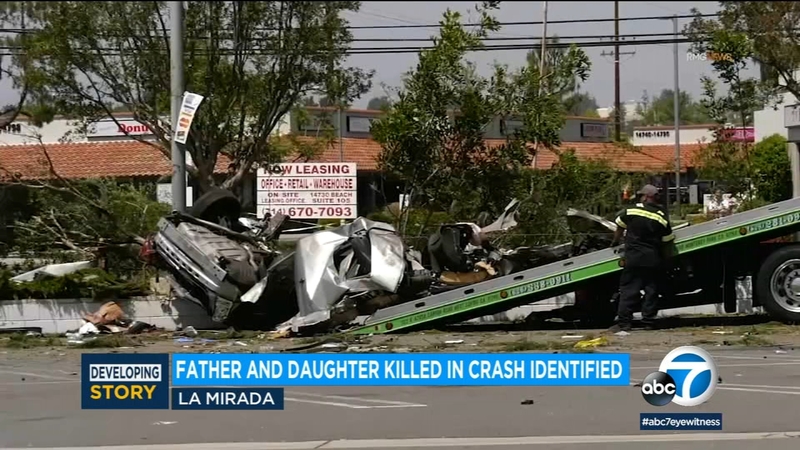 LA MIRADA, Calif. (KABC) -- Authorities on Sunday identified the father and daughter killed in a violent crash in La Mirada.

Michael Oliveri, 46, of Whittier, and 21-year-old Karlie Daily of La Habra were identified by the coroner as the victims of the crash.

It happened just before 8 a.m. Saturday morning at the intersection of Rosecrans Avenue and Beach Boulevard.

The car was speeding when it lost control, hit a fire hydrant and knocked down a utility pole, investigators say.

Two victims identified as a father and his daughter were killed when their vehicle sheared a fire hydrant and slammed into a pole in La Mirada, authorities said.

The car then slammed into a sign pole at a shopping center.

Both victims were ejected and pronounced dead at the scene.