SAN FRANCISCO -- The southwestern US will continue to struggle through drought conditions this winter, the National Oceanic and Atmospheric Administration predicted Thursday in its outlook for the coming winter.

RELATED: All counties in CA now under drought emergency declaration

In all, cooler and wetter conditions are forecast across portions of the northern tier of the country, with warmer and drier conditions for much of the southern tier -- in line with a typical La Niña weather pattern.

The Southwest may suffer the most from this forecast. The area is drought-stricken and most likely won't get relief through the winter.

NOAA just released their Winter Forecast. They believe the drought will improve across Northern California but will continue or worsen across Southern California. Follows the signals of a La Nina winter. pic.twitter.com/W2WrI1AYBP

More than 90% of the West is in drought conditions, and more than half of the region is in extreme or exceptional drought. California has just faced its driest year in nearly a century as the state continues a statewide drought emergency.

The Southwest will not only be dry, it will also continue to be warmer. In fact, the entire southern half of the country -- Midwest, Ohio Valley and Eastern Seaboard -- is forecast to have a warmer-than-average winter.

A wetter-than-normal season is forecast for portions of the Midwest, Ohio Valley and New England, as well, NOAA said. 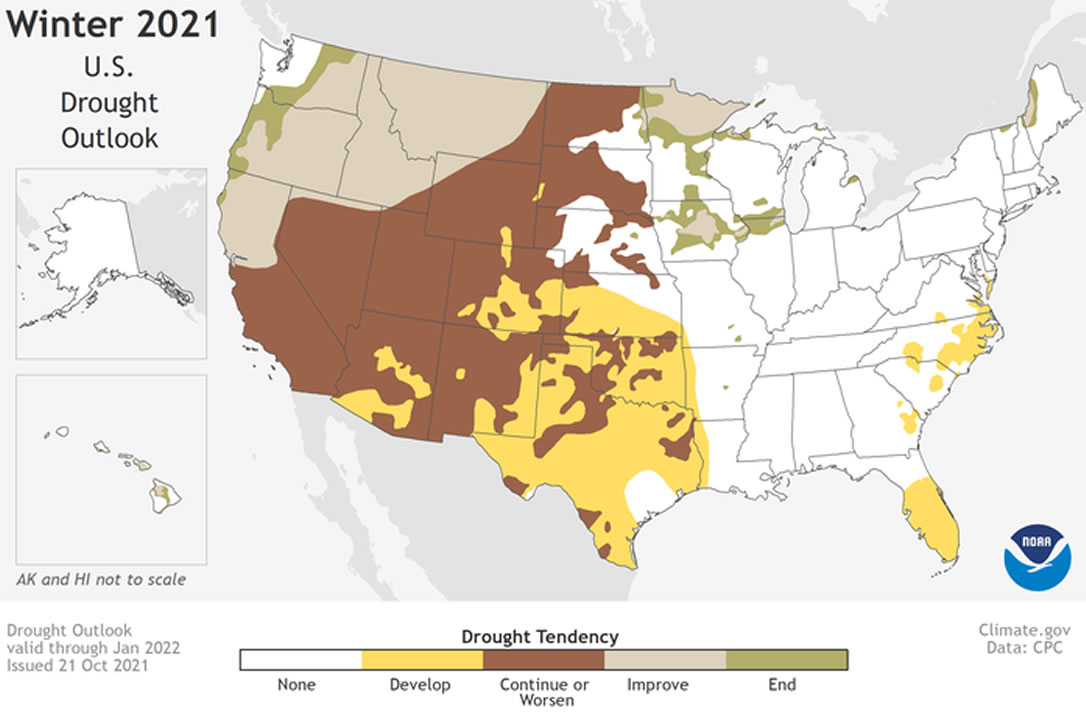 "There tends to be below-normal precipitation along the southern tier of the US, and with that being the expectation for what we are favoring in the outlook, we do expect the drought to persist along many places in the Southwest," Gottschalck said.

Even with a stronger monsoon season in the Southwest, that wasn't enough to quell the drought.

NOAA's forecast looks at the season as a whole. And after all, it's just a forecast -- nothing is guaranteed. 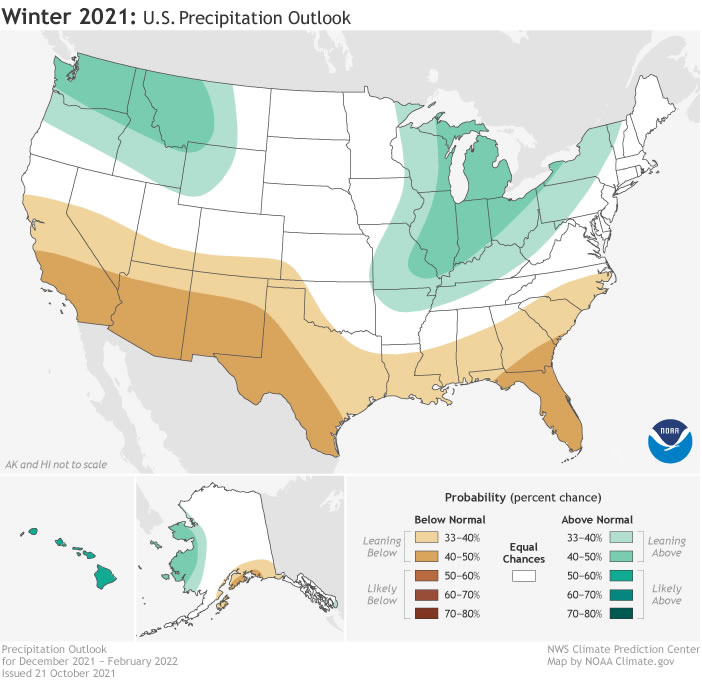 Watch the latest AccuWeather forecast and take a look at recent weather stories and videos.