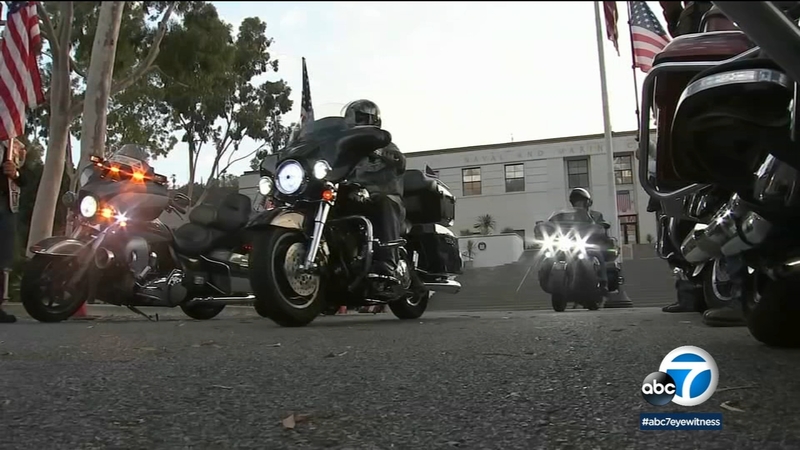 LOS ANGELES (KABC) -- The LAFD's Fire Hogs motorcycle club and other riders hit the road Monday to embark on a cross-country ride to honor many first responders who died on Sept. 11. It's something every member of the motorcycle club and friends of the club feel strongly about.

This year marks the 20th anniversary of 9/11, where 343 New York City firefighters lost their lives that fateful day while trying to save others.

"The story, images of human loss of life always trigger memories of terror and fear. However, it is also identified with stories of incredible bravery, determination and personal sacrifice," said L.A. Fire Chief Ralph Terrazas.

The riders met early Monday morning at the department's training center, the site of a World Trade Center Memorial. The massive steel memorial, which weighs 22 tons, is a column that was originally part of the building's lobby structure. It is believed to be the largest remnant of the attack on the West Coast.

"I believe the role of the LAFD is to never forget 9/11. We will do this by remembering those who lost their lives and keeping alive the memories of those heroic acts made by many," Terrazas said.

"And like the fire chief said it's to pay respect and honor to those that were lost not only on that fateful day, but also subsequent to that from the injuries and illnesses, the long term effects both psychologically and also physically that many succumbed," said Jack Weiss, Fire Hogs president.

About 60 riders are making the journey.