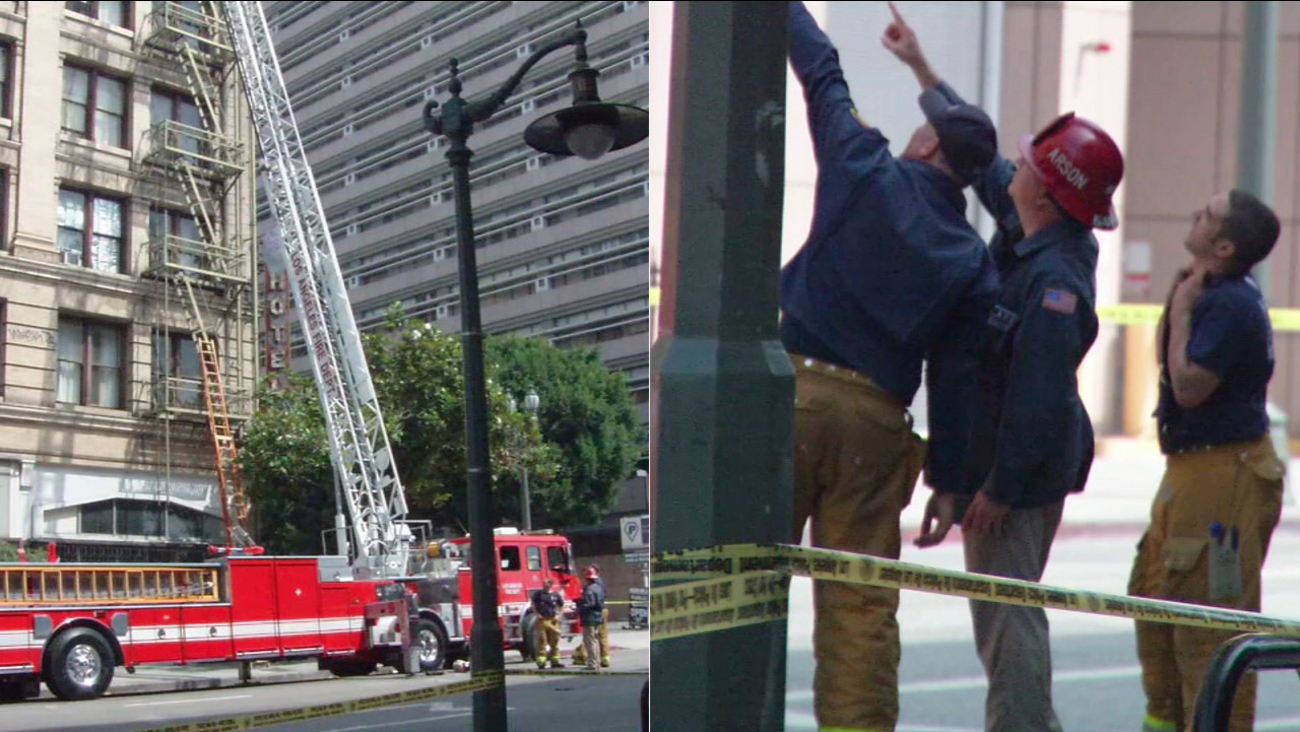 Los Angeles Fire Department officials are seen in downtown after a firefighter was critically injured in a fall during a training exercise on Saturday, June 3, 2017. (Loudlabs)

DOWNTOWN LOS ANGELES (KABC) -- A firefighter was critically injured Saturday morning when he fell from an aerial ladder during a training exercise in downtown, the Los Angeles Fire Department said.

The incident occurred about 9:43 a.m. in the 300 block of Main Street, said Amy Bastman, a spokeswoman for the department.

The injured firefighter was treated by his colleagues at the scene and transported to a nearby trauma center, Bastman said. His name was not immediately released.