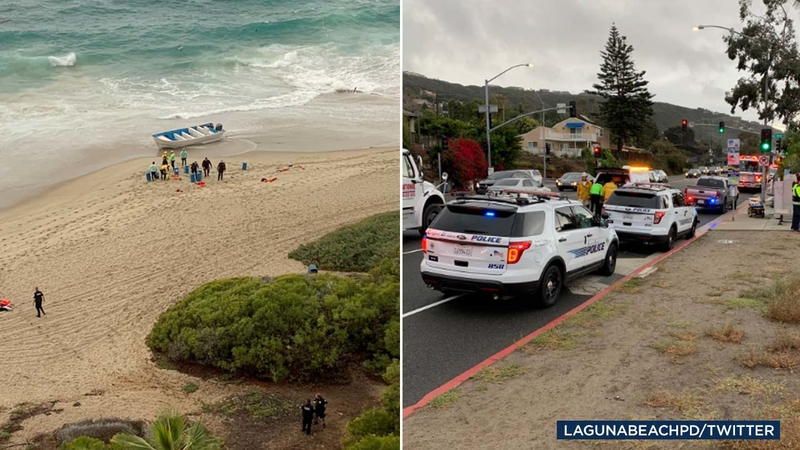 The boat came ashore near West Street Beach in South Laguna, police said. In addition to the seven individuals who were detained, authorities also found two "take-away" vehicles nearby, which were believed to be picking up the panga boat passengers.

Investigators were searching the beach and cliffs in the area for more passengers who were aboard the boat.

Laguna Beach police posted a video on Twitter, saying its officers and officials from Marine Safety and Border Patrol are searching for six additional people believed to have been on the boat.

Laguna Beach PD, Marine Safety, and @CBP are still in the area searching on foot for additional panga boat passengers after the obtained video shows 13 individuals fleeing from the boat. Currently, 7 are detained. pic.twitter.com/ETvZ2gAr4f