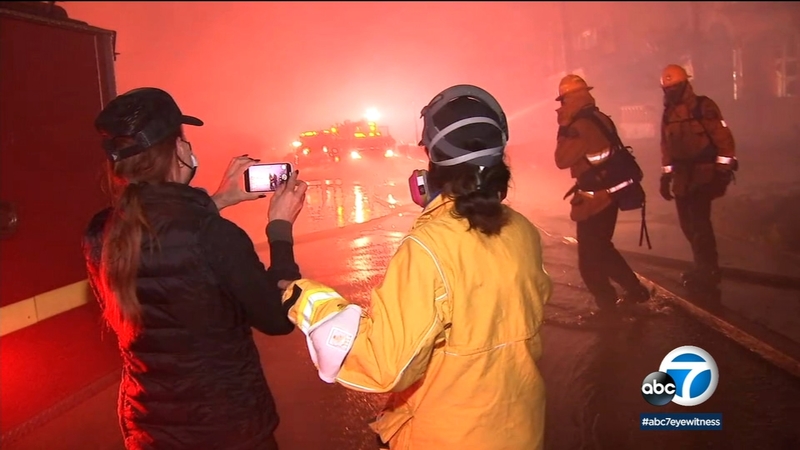 LAGUNA NIGUEL, Calif. (KABC) -- Several people are coming to terms with the loss of their home after a fast-moving brush burned through a Laguna Niguel neighborhood. For one woman, the tragedy hit especially close to home.

Lynn Morey's home of nine years is among those that were destroyed by the Coastal Fire on Wednesday. Some 20 homes in total were lost.

It's not the first such incident that she and her husband have had to deal with. Morey said they lost their business to another fire last July.

On Wednesday afternoon, Morey was among hundreds waiting desperately to see if their homes remained standing as crews worked to stop the fire from spreading.

But just before 7 p.m., the wind picked up, carrying with it embers that started new spot fires - many going into attic spaces. Home after home went up in flames.

At least 20 homes in Laguna Niguel were destroyed by a brush fire that spread rapidly amid strong winds, and crews continued to fight the flames on Thursday.

"I'm more in shock than anything else," Morey said upon seeing her burned home on Coronado Pointe Drive, with all her belongings inside.

Morey's sister passed away four years ago and said some of the only photos she had left of her were lost in the fire.

A GoFundMe page has been set up to help Morey and her husband.