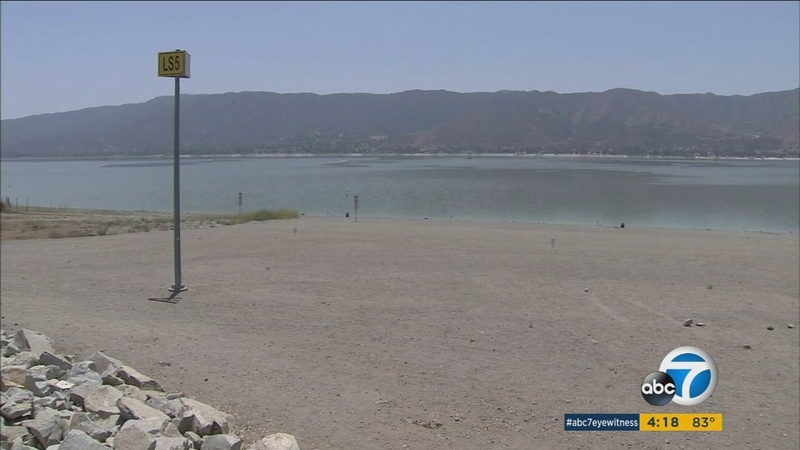 LAKE ELSINORE, Calif. (KABC) -- At the height of the summer season, Lake Elsinore is closed to the public this weekend because of an abnormally high level of algae.

The popular Riverside County recreational area was closed for all activities - swimming, boating and fishing.

That disappointed some families who came to the lake looking for some weekend summer fun.

"It is a little sad for the kids," said Erica Baret of Los Angeles. "They wanted to go, especially on the Jet Skis."

But she understands why the lake is closed. The algae is visible all along the lake's 14-mile shoreline.

"The current plume has lasted longer than most, and we have a toxic situation," Magee said.

Lake Elsinore city officials note that exposure to the algae can cause rashes, skin or eye irritation, allergic reactions, gastrointestinal problems and can be fatal to dogs.

Magee said in the 30 years he's lived in the area, he has never seen the lake like this before.

High temperatures and low water levels caused by the California drought are being blamed for contributing to the high algae levels.